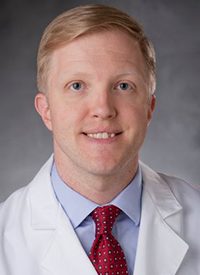 Immuno-oncology (IO)–based doublet combinations with other IO agents or TKIs have become the standard of care in the frontline setting for patients with metastatic renal cell carcinoma (RCC), including combinations such as nivolumab (Opdivo) plus cabozantinib (Cabometyx) or nivolumab plus ipilimumab (Yervoy). Adding a third agent onto these established regimens to form triplet combinations represents the next step for researchers in RCC, according to Michael R. Harrison, MD.

“We have an embarrassment of riches in terms of 4 good combination options for patients, [and these options] have good overall survival [OS]. We have moved the needle in terms of improving survival for patients over the past 10 or 15 years,” Harrison said in an interview with OncLive® following a State of the Science Summit™ on genitourinary cancers. “All these combinations I talked about are doublets, but next thing coming as triplet therapy.”

Harrison discussed the key long-term data of select doublet combinations in RCC, the importance of individualized treatment for each patient to determine the optimal use of each combination, and the early investigation of triplet therapy in the frontline setting. Harrison is an associate professor of Medicine and a member of the Duke Cancer Institute.

OncLive®: What are some of the key clinical trial data in RCC read out in 2022?

Harrison: I presented on data from the 2022 ESMO Congress, the 2022 ASCO Annual Meeting, and the 2022 ASCO Genitourinary Cancer Symposium, where there were pivotal trial updates, in terms of having longer median follow-up.

Specifically, I focused on the phase 3 CheckMate-9ER study [NCT03141177], which was a study of cabozantinib with nivolumab vs sunitinib [Sutent] in first-line RCC. Moreover, the phase 3 CLEAR study [NCT02811861] had a similar design in first-line metastatic RCC, where patients were randomly assigned to arms including lenvatinib [Lenvima] plus pembrolizumab [Keytruda] vs sunitinib. Both of those studies had updates with longer follow-up within the last year.

The overall theme of my talk showed how in the cytokine era, in terms of large databases, OS was about 1 year. In the TKI era, OS was on the order of about 2 years.

Recently, we have seen OS in clinical trials, which [differs] from the real world, where survival in some of these newer trials approached 4 years and possibly longer. Some of the medians [for OS] were still not reached after a relatively long follow-up.

Could you expand on the key long-term efficacy data observed in the CheckMate-9ER study?

What long-term efficacy data were observed in the CLEAR study?

It should be noted that the CLEAR study is different from the CheckMate-9ER study in terms of having more favorable-risk patients and fewer poor-risk patients. That is possibly why the median OS has still not been reached. It is hard to compare across trials, but that is not to suggest that this combination is any better or worse than cabozantinib/nivolumab.

We also saw that the complete response [CR] rate increased with lenvatinib/pembrolizumab to 17.2%, which is significant for patients.

Are there any common long-term toxicities that come into play with doublet therapies? What can be done to mitigate those side effects?

I looked across trials to examine the characteristics of patients, toxicity of patients, and the efficacy that patients experienced. I included the CheckMate-9ER study of cabozantinib/nivolumab vs sunitinib, the CLEAR study of lenvatinib/pembrolizumab, the phase 3 CheckMate-214 study [NCT02231749] of ipilimumab [Yervoy] plus nivolumab, and the phase 3 KEYNOTE-426 study [NCT02853331] of axitinib [Inlyta] and pembrolizumab.

I highlighted some of the differences between favorable- and poor-risk patients, such as sarcomatoid features, prior nephrectomy, liver metastasis, which were different among the trials. In terms of toxicities, there was an array of dose reductions seen, so it is important to note that the immunotherapy component was able to be stopped in all these trials after 24 months. CheckMate-214 was the first study that read out, and some of the patients could have gone on longer, but it was amended to be 24 months. We saw relatively higher rates of dose reductions with the TKIs, such as cabozantinib or lenvatinib, in CheckMate-9ER and CLEAR.

Long-term toxicities are harder to measure. When tables [display] treatment-related adverse effects (TRAEs) with a frequency greater than 10%, it is hard to know what that means across trials. What is more important to me is how the patient experiences those toxicities. Data for quality of life are a way to look at that, and the CheckMate-9ER quality of life data are persuasive. Patients have a better quality of life on the cabozantinib/nivolumab combination vs sunitinib. That was not notably shown in other trials of immuno-oncology/TKI combinations.

That quality of life is where the rubber meets the road in terms of all the different ways you can slice and dice TRAEs. Ultimately, we care about how the patient feels, and that is measured by the patient.

What has the emergence of these different IO-based combinations meant for frontline RCC treatment?

We have several different standards of care. Depending on what the patient is best served by, dual IO-IO and IO-TKI combinations are all good options. However, when I am sitting in front of the patient, I am making an individualized decision about what is best for that patient. It is important to balance the short term vs the long term [in terms of] benefits and toxicities. This involves shared decision making and finding out what is important to the patient. I stress there is not one objective, right answer.

[There are several factors] that might weigh into the conversation [about the frontline treatment decision]. For example, if a patient is concerned with having high CR rates at any cost, then the lenvatinib/pembrolizumab combination did have the highest CR rates observed in clinical trials. I would always caution patients about the toxicity that they have to pay to get to that CR rate.

Additionally, there are patients who need a response very quickly. For those patients, picking an IO/TKI combination that works quickly is probably important. [In this situation], I would think about the cabozantinib/nivolumab or the lenvatinib/pembrolizumab combinations.

Is there any ongoing or upcoming research at Duke Cancer Institute that you are excited about?

We have a number of studies accruing patients that are important. The next thing that is coming along is triplet therapy. The first study read out at the 2022 ESMO Congress in September [was the phase 3 COSMIC-313 trial (NCT03937219)], looking at cabozantinib with nivolumab and ipilimumab. It was a positive study in terms of the primary end point of PFS. The wave of the future and a lot of the studies that will read out in the next few of years involve triplet therapy.

[At Duke Cancer Institute], we have a study that may impact how that COSMIC-313 study is interpreted. We have the phase 3 PDIGREE study [NCT03793166] that looks at a different way of combining cabozantinib with ipilimumab and nivolumab based on the patient's response at 12 weeks. Patients will be treated with ipilimumab plus nivolumab alone for the first 12 weeks. Based on their response, they may get cabozantinib. For those who progress, they will switch to cabozantinib, but for those who have a CR, they will continue on nivolumab alone as they would have anyway under standard of care.

That middle group of patients with stable disease or a partial response [will be randomly assigned] to nivolumab with or without cabozantinib. That will answer a sequencing question, which differs from COSMIC-313. We will have some data indicating whether throwing the kitchen sink up-front with all 3 agents is better, or if judiciously using cabozantinib after the first 12 weeks is better.

Are there situations where doublet or triplet therapy may not be appropriate?

They had good survival and could be surveilled for a while with good quality of life. It is important to note in this era of increasing options that just because we have systemic therapy options does not mean that it is right for every patient. In some patients, it may be right to observe them for a while. Some patients may just need a single [agent]. More is not always better.