Treatment with the mitomycin-containing reverse thermal gel UGN-101 resulted in a lengthy period of durable response when administered as induction treatment in patients with low-grade upper tract urothelial carcinoma. 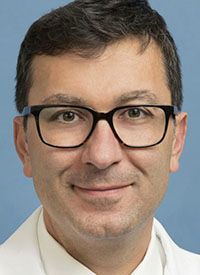 Treatment with the mitomycin-containing reverse thermal gel UGN-101 (Jelmyto) resulted in a lengthy period of durable response when administered as induction treatment in patients with low-grade upper tract urothelial carcinoma (LG-UTUC), according to long-term data from the phase 3 Olympus trial (NCT02793128) presented during the 2021 AUA Annual Meeting.1

As of March 4, 2021, the median duration of response (DOR) achieved with UGN-101 induction therapy was 28.1 months (95% CI, 14.6-37.1) in 15 evaluable patients. Eighty percent of patients (n = 12) experienced a durable response, defined as having no evidence of recurrence or not having to undergo radical nephroureterectomy.

Twenty percent of patients (n = 3) did not experience a durable response because of disease recurrence (13%; n = 2). One patient needed to undergo radical nephroureterectomy (7%); however, notably, this was performed because of ureteral stricture rather than disease recurrence.

Patients who experienced recurrence underwent endoscopic ablation. None of the patients with disease recurrence progressed to high-grade disease. At the time of the last follow-up, the disease-specific survival rate was 100%.

“UGN-101 demonstrates long-term durability that exceeds that achieved with kidney-sparing options like laser ablation,” said senior author of the trial Karim Chamie, MD, MSHS, an associate professor of Urology at the University of California, Los Angeles, in a presentation on the data. “With laser ablation therapies, we’ve seen [from] pooled analyses of prior publications the recurrence rates [were] more than 65% at a median follow-up of 43 months.”

LG-UTUC is a rare disease for which limited therapeutic options are available. Despite significant progress made with endoscopic therapies, most patients still need to undergo radical nephroureterectomy, according to Chamie, who added that data from population-level analyses indicate that up to 70% of patients with low-grade, noninvasive disease still undergo more extirpative surgery.

Advances made with endoscopic surgeries have yielded several kidney-sparing benefits. However, results from a pooled analysis of 597 patients, 78% of whom had low- or intermediate-grade disease, demonstrated that 65% of the population experienced disease recurrence following ureteroscopic therapy at a median follow-up of 43 months (range, 24-58).2 “That is quite significant,” Chamie noted.

As such, investigators launched the phase 3 OLYMPUS trial to evaluate UGN-101. Earlier results from the study resulted in the April 2020 FDA approval of the mitomycin gel for the treatment of patients with LG-UTUC.3 The previously reported estimated the a durability of response rate of 84% at 12 months in those who achieved a complete response (CR) after UGN-101 induction treatment.

The open-label, single-arm, phase 3 trial enrolled a total of 71 patients with LG-UTUC who had never undergone treatment or who had recurrent low-grade, noninvasive disease with at least 1 measurable papillary tumor.

Study participants received UGN-101 once a week for the duration of 6 weeks followed by a 4- to 6-week grace period, according to Chamie. In this period, patients were assessed for the primary efficacy end point of CR rate at their primary disease evaluation (PDE) visit. If patients experienced a CR to treatment, they went on to receive the gel monthly for up to 11 additional months.

“Patients were determined to have a CR if ureteroscopy and cytology were entirely normal,” Chamie explained. “If there were any abnormalities, patients underwent a biopsy by which this was determined to be either recurrence or a CR.”

A key secondary end point of the trial was durable response at the 12-month follow-up visit, and other end points included durability of response with UGN-101 at 3, 6, and 9 months following the PDE visit. As part of the long-term follow-up, investigators examined duration of response, disease recurrence, disease progression, and death.

The primary analysis of the trial was done on the intention-to-treat (ITT) population, which comprised patients who were given 1 or more instillation of the gel. Secondary analyses were conducted in patients who achieved a CR at the time of their PDE visit, and long-term follow-up analyses looked at those who had a CR at 12 months following their PDE visit.

Of the 71 patients enrolled to the study (ITT population), 10 discontinued UGN-101 (9 because of adverse effects [AEs] and 1 because of withdrawn consent), and 19 did not achieve a CR by their PDE visit. A total of 42 patients in the ITT population experienced a CR to treatment at the time of their PDE visit, which translated to a CR rate of 59.2% (95% CI, 46.8%-70.7%). Of these patients, 1 withdrew consent, 10 discontinued treatment, and 8 experienced disease recurrence.

Twenty-three patients maintained their CR at 12 months, translating to a CR rate of 56.1% (95% CI, 39.7%-71.5%). Five of these patients were at sites where follow-up protocol was not yet initiated, 2 did not have data available, and 1 was lost to follow-up. At the 2021 AUA Annual Meeting, Chamie shared data on the remaining 15 evaluable patients.

Limitations of the study included a small sample size and missing data for 8 of 23 patients who had durable responses at 12 months following their PDE visit, Chamie concluded.