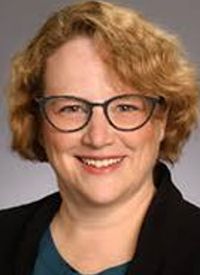 Rebecca B. Klisovic, MD, an associate professor in the Department of Hematology and Medical Oncology at Emory University School of Medicine

MRD can be measured by way of either flow cytometry or polymerase chain reaction (PCR), said Klisovic, who is an associate professor in the Department of Hematology and Medical Oncology at Emory University School of Medicine. In a presentation during the 2019 OncLive® State of the Science Summit™ on Hematologic Malignancies, Klisovic, who also serves as medical director of clinical informatics at Winship Cancer Institute, spoke to the advantages and limitations of both testing methods.

With flow cytometry, a sample can be taken at any point in time; it does not need to be done at diagnosis. The test has a fairly quick turnaround time but limited sensitivity, according to Klisovic. PCR-based tests are typically done at diagnosis; however, the results may have limited utility later in the disease course as a result of clonal evolution. Although PCR-based assays have greater sensitivity, they also take longer to analyze.

Practical issues extend beyond the mode of testing, said Klisovic. Specifically, challenges include deciding whether to assess bone marrow or plasma, as well as determining the optimal time of assessment. As such, MRD as a potential biomarker is subject to ongoing investigation.

In the clinical trials that have been conducted, MRD has been shown to have positive prognostic value, said Klisovic. For example, in the phase III European GRAALL-2003 and -2005 trials,1 investigators used a PCR-based assay to test 423 patients with Philadelphia chromosome—negative ALL for MRD at the end of induction therapy (MRD1) and consolidation (MRD2). Patients were considered MRD negative if the [MRD level] at the time of assessment was <10-4. The 5-year cancer incidence rate was 24.7% in patients who had an MRD level <10-4 at MRD1 (95% CI, 19-32) versus 56.0% in patients who did not reach MRD <10-4 until MRD2 (95% CI, 39-75), thus suggesting the importance of achieving MRD negativity early on.

“It appears that the earlier time point was more predictive of what was going to happen down the line,” noted Klisovic.

“MRD is a strong independent prognostic factor that should be tested for in all patients,” said Klisovic. “However, [it’s critical to] understand which technique you’re using and how best to interpret those results.”

The majority of patients with ALL will relapse on initial therapy, said Klisovic. As such, investigators have turned to chimeric antigen receptor (CAR) T-cell therapy in an effort to improve outcomes.

Several clinical trials have been done with CAR T-cell therapy; the phase II ELIANA trial3 was the largest. To be eligible for this trial, patients were ≤25 years of age, who were ≥3 years old at the time of screening, were ≤21 years old at diagnosis, and had ≥5% bone marrow lymphoblasts at screening were eligible for enrollment. Among the 107 patients who were screened, 75 underwent infusion with tisagenlecleucel (Kymriah), and 48 remained in follow-up. Based on initial results, the FDA approved the CD19-directed therapy for the treatment of patients ≤25 years of age with B-cell precursor ALL that is refractory or in second or later relapse.

“It’s unrealistic to expect that patients will not have issues over the course of treatment,” said Klisovic.

Regarding AEs of special interest, all-grade cytokine release syndrome (CRS) occurred in 77% of patients, and the median time to grade 3 or 4 CRS was 3 days. Notably, the majority of neurologic events coincided with or followed CRS, said Klisovic. Common initial symptoms of CRS include fever, tachycardia, and hypotension. Furthermore, CRS-mediated organ damage can take the form of neurologic symptoms, hepatitis, and coagulopathies, among others.

“Supportive care is incredibly important,” said Klisovic, and it typically consists of acetaminophen, cooling blankets, intravenous fluids, vasopressors, antibiotics, and blood product support. Tocilizumab (Actemra) is also indicated for patients with CRS and should be the primary line of [treatment] against the event, as opposed to the use of corticosteroids, which remain investigational, added Klisovic.

Axicabtagene ciloleucel (axi-cel; Yescarta) is another CD19- targeted product that is under investigation in ALL, added Klisovic. In the phase I ZUMA-3 trial,4 54 patients ≥18 years of age with relapsed/refractory ALL were enrolled, and 45 underwent transfusion.

At 29%, the incidence of grade 3 or 4 CRS in the ZUMA-3 trial was considerably lower than the rate observed in the ELIANA trial. However, Klisovic noted that the trials defined CRS toxicity differently, confounding any potential crosstrial comparisons.

“How we fold CAR T-cell therapy into the management of these patients is unclear, but we look forward to having options [to supplement antibodies and transplant] in ALL,” concluded Klisovic.