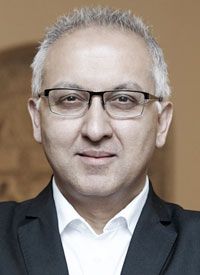 Clinical outcomes in patients with recurrent ovarian cancer who were treated with niraparib (Zejula) plus bevacizumab (Avastin) were significantly improved when compared with niraparib alone, according to updated survival data from the phase 2 portion of the AVANOVA trial (NSGO-AVANOVA2/ENGOT-OV24; NCT02354131) that were made available as part of the 2020 ASCO Virtual Scientific Program.1

The updated results continued to support earlier findings, with an observed 66% reduction in the risk of disease progression or death (HR, 0.34; 95% CI, 0.21-0.54). The median progression-free survival (PFS) in the bevacizumab arm was 12.5 months versus 5.5 months with niraparib alone.

Statistically significant improvements in time to second progression or death, or PFS2, was demonstrated in the bevacizumab/niraparib combination arm versus the niraparib control, with corresponding medians of 20.5 versus 15.7 months (HR, 0.56; 95% CI, 0.35-0.89; P = .015).

Although the study was not powered to detect differences in overall survival, there was a trend toward improvement with the niraparib plus bevacizumab combination versus niraparib alone, with medians of 29.4 months versus 27.8 months, respectively (HR, 0.75; 95% CI, 0.44-1.28).

The study authors who were led by Mansoor Raza Mirza, MD, chief oncologist in the Department of Oncology at Rigshopitalet—Copenhagen University Hospital in Denmark and medical director of the Nordic Society of Gynaecological Oncology, concluded that these results support the rationale behind a randomized phase 3 trial that is poised to change the current standard-of-care in this patient population.

In addition, patient-reported outcomes based on the European Organization for the Research and Treatment of Cancer Quality of Life Questionnaire, or EORTC QLQ-C30, showed that the combination did not result in detrimental effects on patient’s quality of life.

The investigators identified hypertension and proteinuria as adverse effects (AEs) with a significantly increased occurrence in the bevacizumab arm compared with the niraparib-alone arm. Previously reported results indicated that the most common all-grade AEs in both groups were anemia, fatigue, and gastrointestinal effects. Treatment-related AEs led to discontinuation of bevacizumab in 19% and niraparib in 13% of patients in the combination group; 10% in the niraparib group alone stopped receiving PARP inhibitor therapy.2

Patients treated on the trial were those with recurrent platinum-sensitive epithelial ovarian, fallopian tube, or peritoneal cancer and high-grade serous or endometrioid histology. Patients with any number of prior therapies were allowed to enroll and prior experience with bevacizumab was allowed. Stratification factors included homologous recombination deficiency status (positive vs negative) and chemotherapy-free interval (6-12 vs >12 months).

All patients received niraparib 300 mg daily and those in the combination arm were treated with bevacizumab at 15 mg/kg every 3 weeks until disease progression or toxicity.