The past decade has been a time of great progress in the research of Waldenström macroglobulinemia and the care of patients with the rare form of non-Hodgkin lymphoma. 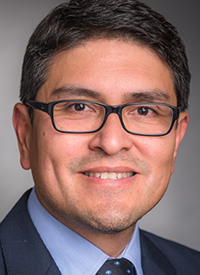 The past decade has been a time of great progress in the research of Waldenström macroglobulinemia and the care of patients with the rare form of non-Hodgkin lymphoma (NHL), said Jorge J. Castillo, MD.

Castillo is the clinical director of Bing Center for Waldenström Macroglobulinemia at Dana-Farber Cancer Institute. His predecessor and the current director of the Bing Center, Steven P. Treon, MD, PhD, led research that resulted in the development of the BTK inhibitor ibrutinib (Imbruvica) in this patient population in 2015.1 Over time, chemotherapy has slowly fallen from favor.

“What we have been doing more frequently over the past 10 years is focusing on nonchemotherapeutic approaches to treat patients with Waldenström macroglobulinemia,” Castillo said.“We investigated the BTK pathway, the BCL2 pathway, the HCK pathway, the PI3K pathway—different pathways that we have identified and targeted in different clinical trials. About 30% to 40% of patients with Waldenström macroglobulinemiacan also have mutations in CXCR4, so we developed CXCR4-targeting agents and many other targeted therapies are coming down the road.”

Waldenström macroglobulinemia is a malignant disorder of the bone marrow and lymphatic tissues characterized by the presence of abnormally high numbers of B lymphocytes. As these cells accumulate, the body produces excessive quantities of the antibody protein IgM, which causes hyperviscosity and affects the flow of blood through the smaller blood vessels.

“This is a lymphoma defined by the presence not only of the malignant cells and the secretion of IgM, but also by a mutation that is seen in the malignant cells, specifically in a gene, MYD88,” Castillo said. “About 90% to 95% of patients with this condition, carry this mutation. This is an acquired mutation, which means that they didn't get it from their parents that they were not born with these mutations, and it's only in the malignant cells. But nowadays, when a patient comes to see me with a lymphoplasmacytic lymphoma in the marrow and increased serum IgM level in the presence of the MYD88 mutation, I'm certain that the patient in front of me has Waldenström macroglobulinemia.”

According to the National Organization for Rare Disorders, Waldenström macroglobulinemia affects about 1 in 3.4 million men in the United States and approximately half that number of women. Median age at diagnosis is 67 years, and the incidence is roughly 5 per 1 million people older than the age of 50.2

However, Castillo’s own research, published in 2014, showed that Black patients did not enjoy the same improvements in survival as their White counterparts. Investigators cited both socioeconomical (ie, insurance coverage, attitudes toward therapy) and biological factors (ie, Black patients have a higher risk of developing immunoglobulin A and IgG but lower risk for IgM monoclonal paraproteinemia) as causes for the disparity.4

What Does the Future of Treatment Hold?

Yin et al concluded that improvements in supportive care, particularly in the management of infections, cardiovascular disease, and Waldenström macroglobulinemia–related comorbidities such as hyperviscosity; have significantly reduced treatment-related mortality. Furthermore, novel treatment regimens with agents such as rituximab (Rituxan), proteasome inhibitors (PIs) like bortezomib (Velcade) and carfilzomib (Kyprolis), BTK inhibitors, immunomodulatory drugs, and BCL-2 inhibitors have improved efficacy while reducing toxicity in this patient population.3 Castillo led development of ixazomib (Ninlaro), an oral PI indicated for Waldenström macroglobulinemia, in combination with dexamethasone and rituximab for Waldenström.

“If you're not curing, you're not prolonging the patient survival in most cases,” he said. “We have some studies on this—about 80% of patients will need treatments within 10 years of the diagnosis, 20% can go beyond 10 years without being treated. One more reason to keep observing without intervention.

“But when the patient becomes symptomatic to the point that the symptoms affect the patient’s activities or daily living and we do have a high suspicion that the symptoms are related to the disease, then we can treat. There are multiple treatment options as, over the [past few] years, the treatment options have multiplied, and they have become safer and more effective compared to what we had 10 years ago.”

Castillo takes great pride in leading a robust clinical trial program at Dana-Farber Cancer Institute. His group has done extensive research into zanubrutinib (Brukinsa) and BCL-2 antagonists including venetoclax (Venclexta). Castillo’s research with 32 patients with Waldenström macroglobulinemia, half of whom were previously exposed to BTK inhibitors demonstrated an overall response rate of 84% and a major response rate of 81%.5

“What’s happening all over the United States, in Canada, and in Europe is an amazing collection of clinical trials that are combining BTK inhibitors with chemotherapy or other agents to try to provide patients with faster, deeper responses, that will hopefully last longer as well. The future is looking very optimistic in terms of treatments for patients with Waldenström macroglobulinemia.”