Dr. Richardson on Phase 1 Data With CC-92480 in Multiple Myeloma 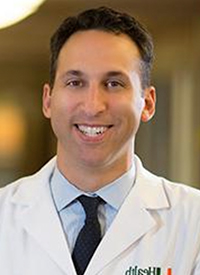 With the development of novel therapeutic options, such as monoclonal antibodies and CAR T-cell therapies, the outlook for patients with multiple myeloma has significantly improved, said James E. Hoffman, MD. In fact, some of these approaches may even possess curative potential, he said, an idea that up until now has been unheard of in the space.

State of the Science Summit™ on Hematologic Malignancies, Hoffman discussed the current treatment options available for patients with multiple myeloma, underscored remaining challenges in the space, and shared predictions for where the field is headed.

OncLive®: What treatments are currently available in multiple myeloma?

Hoffman: In multiple myeloma, there are really 3 main categories of therapy. There's a class of medications called proteasome inhibitors. Proteasomes are like the garbage cans of the cells, and if you paralyze them, myeloma cells really don't like that. There is a second category of drugs called IMiD agents. Thalidomide was the first in that category. The final category of agents are monoclonal antibodies.

Are there approaches under exploration in this space that you’re excited about?

There is a class called CAR T-cell therapy, which is a type of immunotherapy that already has FDA-approved entities in the world of leukemia and lymphoma. In the world of myeloma, there has also been several advances. There are a few dozen drugs being evaluated in clinical trials. I highlighted 1 of those drugs, bb2121, which appears to be the farthest along.

What unmet needs still need to be addressed in this space?

The problem with relapsed myeloma is two-fold. On one hand, these patients already got sick with their illness and had to undergo treatment. For many of them, that included a strong treatment like stem cell transplant. Therefore, they have a lot to recover from; their body has been through a lot.
... to read the full story
To Read the Full Story
REGISTER
LOG IN