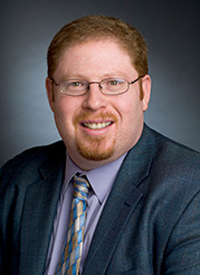 Enfortumab vedotin may be a safe, well-tolerated option for patients with locally advanced or metastatic urothelial cancer who are previously treated with immunotherapy, an area for which the current alternative is platinum-based chemotherapy, explained Jonathan E. Rosenberg, MD.

, Rosenberg, lead investigator for the phase II study and the updated phase I results, discussed the promise of enfortumab vedotin in patients with bladder cancer who previously received a checkpoint inhibitor, and reflected on the rapid pace of change in the urothelial cancer landscape.

OncLive: What was the rationale for the phase I trial?

Rosenberg: Enfortumab vedotin is an antibody-drug conjugate that targets a molecule that's overexpressed in about 93% of bladder cancers. When it's infused into patients, it circulates throughout the body but it's taken up in cells that express Nectin-4, the target of the molecule. Vedotin is released in the lysosome through cleavage by proteases, the cytotoxic then kills the cancer cell through antimicrotubular activity. That's the proposed mechanism of action. Nectin-4 is also expressed in the skin at low levels, so skin toxicity can be an on-target toxicity of the drug.

In addition, the estimated progression-free survival is more than 5 months and the median overall survival (OS), which is an estimated value based on the Kaplan-Meier curves, is about 13 months. In historical context, we expect a 6- to 10-month OS in this patient population. These are quite promising results for an early-phase study, and provided the rational for the ongoing, pivotal phase II study.

What have you learned about the toxicity profile of enfortumab vedotin?

Fatigue, anemia, and rash were all common side effects. The rates of grade 3 or higher individual side effects are very low—on average less than 6%. Severe hypoglycemia was identified in a very small fraction of patients; this was a serious adverse event, and the protocols were modified to deal with this. It appears that it might be related to treatment but we're not totally sure at the moment.
... to read the full story
To Read the Full Story
REGISTER
LOG IN