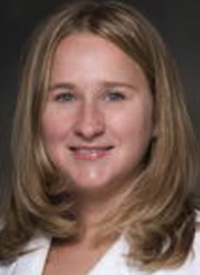 OncLive: How would you summarize the advances that have been made in the treatment of patients with ALK-positive lung cancer?

Fidler: There have been quite a few developments over the last few years. We have more treatment options, which is great. There is more confusion for what to start with first and there is more information emerging about why these drugs may stop working for patients.

We have longer-term follow-up on alectinib in the first-line setting. The median PFS for alectinib is about 35 months, which is fantastic for a single agent in this setting. We also have further data with alectinib on the treatment of those with brain metastases.

Where does lorlatinib fit in the treatment paradigm?

We're waiting for the frontline trial of lorlatinib versus crizotinib. That's not going to read out for a little while though. Right now, it fits in as a salvage option for ALK-positive patients. There are some resistance mutations that we know [lorlatinib] may not work for, but there are certainly resistance mutations that it does work for. It could be an option for patients even if they have previously received 2 or 3 different ALK inhibitors.

Pending the results of this trial, how do you see that data impacting the treatment paradigm?

It's hard to know. We won't have long-term follow-up data on that frontline trial for a while. Its comparator is crizotinib instead of one of the second-generation agents. [Lorlatinib is likely] to beat crizotinib because crizotinib isn't as good of an ALK inhibitor as the ones that were designed later.
... to read the full story
To Read the Full Story
REGISTER
LOG IN