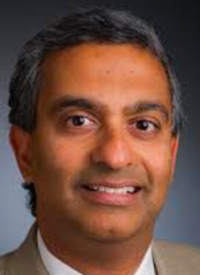 Two distinct subtypes of nonfunctional pancreatic neuroendocrine tumors (pNETs) could help prognosticate risk of recurrence following surgery, according to results of a study published in Nature.1,2

Among 103 pNET tumor specimens evaluated, the majority of distant relapses occurred in tumors that expressed the regulatory protein ARX (type A) compared with only 3 reports of distant metastasis in tumors that expressed PDX1 (type B), suggesting the favorable prognosis of PDX1-expressing pNETs. These findings translated to a ≥35% risk of recurrence among ARX-expressing cells versus a ≤5% risk of recurrence among PDX1-expressing cells.

“This finding moves us closer to being able to identify patients with a high risk for metastasis at diagnosis and initial treatment,” said study investigator Ramesh Shivdasani, MD, PhD, a medical oncologist at Dana-Farber Cancer Institute and professor of medicine at Harvard Medical School, said in a press release. “These patients can be monitored vigilantly for recurrent cancers, which may be treatable if detected early, while patients with the less aggressive kind of pNET can be advised that their prognosis is excellent.”