Data Support TMB as Marker for Durvalumab Activity in NSCLC 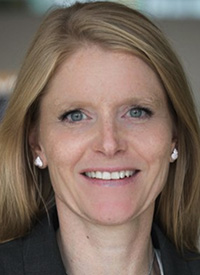 Solange Peters, MD, PhD
Tumor mutational burden (TMB) identified patients who obtained a survival benefit with the PD-L1 inhibitor durvalumab (Imfinzi), as initial therapy versus chemotherapy for advanced non–small cell lung cancer (NSCLC), even though the primary analysis of the randomized trial showed no difference between treatment groups, according to a new analysis.

TMB measured in blood (bTMB) had good correlation with tTMB, and subsequent analyses showed a consistent advantage for durvalumab-containing therapy across the bTMB range of ≥4 to ≥20 mut/Mb, as reported at the 2019 AACR Annual Meeting.

“TMB was predictive of an OS benefit with first-line durvalumab and durvalumab plus tremelimumab in metastatic non–small cell lung cancer,” said Solange Peters, MD, PhD, of University Hospital Center Vaudois and Lausanne University in Switzerland. “In tissue TMB greater than or equal to 10, overall survival was improved with durvalumab with or without tremelimumab versus chemotherapy; however, the small dataset limits interpretation.

“A blood TMB threshold greater than or equal to 20 was associated with improved overall survival with durvalumab versus chemotherapy. We observed markedly improved overall survival and greater clinical benefit with durvalumab plus tremelimumab versus chemotherapy, indicating the potential contribution of tremelimumab in this setting.”

Results of the exploratory analysis warrant prospective investigation of bTMB as a predictive biomarker for immunotherapy, she added.

TMB has demonstrated potential as a predictive biomarker for immunotherapy, independent of PD-L1 expression, Peters said. Across a variety of tumor types, higher tTMB has been associated with improved OS with immunotherapy. However, an OS benefit versus other standard-of-care treatment had yet to be shown.

Tumor response data from the CheckMate-558 trial identified a tTMB cutoff of ≥10 mut/Mb for the PD-1 inhibitor nivolumab (Opdivo). Use of that tTMB cutoff in CheckMate-227 showed significant improvement in PFS with nivolumab-treated patients.

Baseline characteristics and OS in the MYSTIC trial were similar between the ITT population and the subgroup of patients evaluable for tTMB (N = 460). Analysis of the tTMB cutoff of ≥10 mut/Mb showed hazard ratios of 0.70 for durvalumab and 0.72 for the combination versus chemotherapy, neither of which achieved statistical significance.

Peters noted that tTMB assessment is invasive, requires an adequate tissue sample, and has a significant turnaround time. On the other hand, bTMB determined from circulating tumor DNA is faster, less invasive, and possibly more representative of the heterogeneity of metastatic lesions.

Investigators evaluated bTMB for 809 MYSTIC participants by means of a commercially available 500-gene panel. In the subset of patients with matched blood and tissue samples, bTMB showed good correlation with tTMB. Comparison with the ITT population showed similar baseline characteristics and OS for the bTMB-evaluable subgroup.