Treatment of Germline BRCA with PARP and Checkpoint

The Use of Chemotherapy and Checkpoint Inhibitors for TNBC 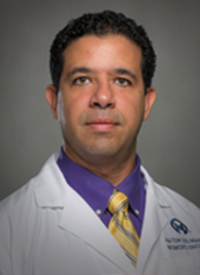 Five of nine patients attained pCR, defined as no invasive disease in the breast or lymph nodes. The remaining four patients had only small residual foci. T-VEC was generally well tolerated, and relative dose intensity (RDI) of the chemotherapy approached 100%.1

“Even in some cases where the tumor may not completely resolve with neoadjuvant chemotherapy, it did appear that some tumors were still able to resolve when T-VEC was used in conjunction with the therapy,” Hatem Soliman, MD, of Moffitt Cancer Center and Research Institute said at the 2019 AACR Annual Meeting. “It’s still very early days and this is preliminary data that still needs to be borne out in subsequent studies.”

“Specific T-cell subsets may correlate with response. A phase II single-arm trial is ongoing to further evaluate efficacy and immune correlates,” he added.

Investigators hypothesized that adding an oncolytic virus to neoadjuvant chemotherapy would improve pCR by means of tumor cell lysis and induction of an antitumor response.

Derived from herpes simplex virus-1, T-VEC produces local and systemic effects after intratumoral injection. The virus was genetically engineered to replicate selectively in cancer cells that have defective interferon signaling, said Soliman. The virus is encoded with granulocyte macrophage-colony stimulating factor, which is released as cancer cells rupture and then recruits and activates nearby dendritic cells to provoke an adaptive immune response.

“[The immune response] not only attacks the primary tumor but may potentially spread systemically to improve host surveillance and possibly eradicate micrometastatic disease,” he said.

T-VEC was evaluated as an adjunct to neoadjuvant chemotherapy in a standard phase I 3+3 trial design to evaluate 2 different dosing regimens. Chemotherapy consisted of paclitaxel followed by doxorubicin and cyclophosphamide. The trial had a primary endpoint of maximum-tolerated dose, and secondary endpoints included toxicity, 5-year relapse-free survival, overall survival, and characterization of immune infiltrates in tumor specimens.

Two serious adverse events occurred during the study: One case each of pulmonary embolism and severe bradycardia, both of which occurred postoperatively. One patient had reactivation of latent genital herpes. No DLTs occurred, and the RDI of chemotherapy was 95% for paclitaxel and 100% for doxorubicin/cyclophosphamide.

Comparison of pre- and posttreatment immune correlates by multiplex immunofluorescence showed a significant increase in CD45R0+ T cells (P = .0048) following treatment, an observation that will be investigated further in the phase II trial, said Soliman.