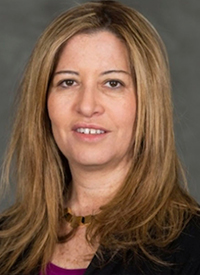 Many younger patients see more than one doctor and face misdiagnoses before being given a diagnosis of colorectal cancer (CRC), according to recent research presented during a webcast ahead of the 2019 AACR Annual Meeting.

“Traditionally, colorectal cancers have been associated with aging, which is why guidelines called for initiating colorectal cancer screening at the age of 50. As a consequence, both incidence and mortality from colorectal cancer are declining in the elderly,” Ronit Yarden, PhD, MHSA, researcher on the study and director of medical affairs at the Colorectal Cancer Alliance said during the webcast.

“On the contrary … there is a rise in incidence in young-onset colorectal cancer,” Yarden said, mentioning for every 10 CRC diagnoses in the United States, 1 will be in a patient who is under the age of 50.

Both the United States Preventive Services Task Force (USPSTF) and the American Cancer Society recently updated their CRC screening guidelines, urging for regular screenings to begin at the age of 45 instead of 50. Yarden also mentioned that if individuals have a family history of CRC, they should start screenings even earlier, at the age of 40.

One-fourth of the diagnoses were rectal cancer, and the rest were colon cancer.

The majority of patients (70%) were diagnosed with stage III or stage IV disease – a contrast to their older counterparts, who are more likely to be diagnosed at stage I or II disease, according to the researchers.

“As we know, early detection is critical to the treatment and potential cure of colorectal cancer,” Yarden said.

Investigators also found that 63% of survey responders waited 3 to 12 months to see a doctor after symptoms began, namely because they did not recognize that they were experiencing signs of cancer. Instead, patients were commonly diagnosed with issues such as hemorrhoids, irritable bowel syndrome, and anemia.

“Most of the patients waited at least 3 months to reach out to their doctors, and almost 1 in 4 waited more than a year to visit their doctor or other provider.”

“Both the medical community and the general population should be aware that colorectal cancer, which is one of the most preventable diseases, could happen in young adults,” Yarden said. “Symptoms should not be dismissed at any age, and screening should be extended if you want to beat the disease.”