Dr. Polsky on the Clinical Validity of ctDNA in BRAF-Mutant Melanoma

Dr. Liebman on the Use of Digital Surveillance in Melanoma
Conference Coverage > 2017 ASCO Annual Meeting > 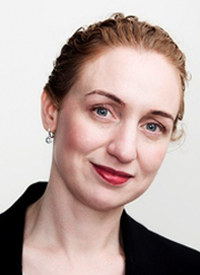 Nivolumab plus ipilimumab demonstrated an intracranial response (ICR) rate of 42% in asymptomatic patients with melanoma brain metastases who had not received prior local therapy to the brain.

In the phase II Anti-PD1 Brain Collaboration (ABC) trial, the 6-month intracranial PFS rate was 46% with the anti–PD-1/CTLA-4 combination.

“The combination of nivolumab and ipilimumab has high activity in melanoma brain metastases and may be considered for upfront therapy in such patients,” said lead author Georgina V. Long, BSc, PhD, MBBS, clinical researcher at the Melanoma Institute Australia and Westmead Hospital in Sydney.

The ABC trial was an Australian trial that included 76 patients with active melanoma brain metastases who had to have at least 1 brain metastasis that was greater than or equal to 5 mm but less than 40 mm. Prior anti–PD-1/PD-L1 or anti–CTLA-4 therapy was not allowed; however, prior BRAF and MEK inhibitors were allowed. Patients had and ECOG performance status of 0 to 2.

The 42% ICR rate in cohort A included a complete response (CR) rate of 15% and a partial response rate of 27%. Eight percent of patients in the cohort had stable disease (SD), 46% of patients had progressive disease (PD), and 4% of patients were not evaluable.

The median duration of ICR has not been reached in any of the 3 arms.

An analysis of intracranial PFS by response status showed that, “Among the complete responders, not 1 had yet progressed. There have been minor progressions in the group that had a partial response in the brain, and more progressions in those who had stable disease,” said Long.