Dr. Pasquini on Tisagenlecleucel in Real-World and Clinical Trial Settings in ALL and DLBCL

ALL: When and Who to Test for Minimal Residual Disease

MRD in ALL: Prognostic Importance and Multidisciplinary Care 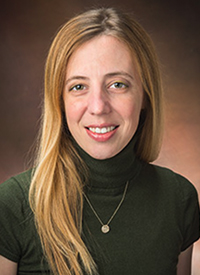 Overall, seven of 14 patients had complete or partial responses to treatment with a programmed cell death-1 (PD-1) inhibitor. Responding and nonresponding patients had different characteristics, which might inform future use of checkpoint inhibitors after CAR T-cell therapy.

“PD-1 checkpoint inhibitors can be safely combined with CD19 CAR T-cell therapy and can improve CAR T-cell persistence,” Shannon Maude, MD, PhD, of Children’s Hospital of Philadelphia, said during a press conference at the American Society of Hematology meeting in San Diego. “This strategy may particularly benefit patients with early B-cell recovery and bulky extramedullary disease.”

CAR T cell therapy can induce complete responses in more than 80% of patients with relapsed ALL, but relapse-free survival declines to 60% at 12 months because of CD19-positive and negative relapses. CD19-positive relapses that occur during this time result primarily from early CAR T-cell loss.

One potential mechanism for loss of CAR T-cell response is exhaustion of activated T-cells by the stimulation of immune checkpoint pathways, such as PD-1. Maude and colleagues hypothesized that inhibition of PD-1 or its ligand (PD-L1) might reduce T-cell exhaustion and improve CAR T-cell function and persistence.

To test the hypothesis, investigators studied 14 pediatric patients with early CAR T-cell loss or partial or response to CAR T-cell therapy. Anti-PD-1 treatment began no earlier than 14 days after completion of CAR T-cell infusion and after resolution of cytokine release syndrome symptoms. Patients could receive additional anti-PD-1 therapy as often as every 3 weeks.

The patients ranged in age from 4 to 17 years, and all but one had relapsed ALL. The remaining patient had relapsed B-cell lymphoblastic lymphoma. The anti-PD-1 agent was pembrolizumab (Keytruda) in 13 cases and nivolumab (Opdivo) in the other.

The 14 patients included 4 who had partial or no response to CAR T-cell therapy, 6 who had poor persistence of response, and 4 who had bulky extramedullary disease.

Adverse events included mild symptoms of cytokine release syndrome and fever, typical of CAR T-cell proliferative response, which was observed in 3 patients within 2 days of initiating pembrolizumab. Early and delayed adverse events associated with PD-1 inhibition occurred but were generally tolerable or reversible upon discontinuation. They included 1 case each of acute pancreatitis, hypothyroidism, arthralgias, urticaria, as well as 4 cases of grade 3-4 cytopenias. Two patients discontinued pembrolizumab for delayed adverse effects after multiple doses; both relapsed or had progressive CD19-positive disease a few weeks after discontinuation.

“In the context of CAR T-cells, this combination therapy could overcome (PD-1/PD-L1 associated) resistance in some patients,” said Maude. “These are children who would otherwise have no other therapeutic options, so efforts to maximize their response is critical.”