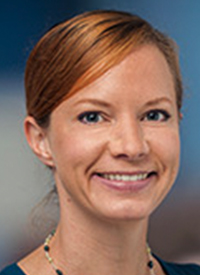 Receiving a stem cell transplant for the first time following CD19 CAR T-cell therapy induced a reduction in the risk for acute lymphoblastic leukemia (ALL) recurrence, according to a retrospective analysis of the phase I/II PLAT-02 study.1

However, those who previously underwent transplantation failed to derive as much leukemia-free survival (LFS) benefit from hematopoietic cell transplant (HCT) after CAR T-cell therapy, leaving the role of the procedure in these patients unclear, according to Corinne Summers, MD.

In the phase I/II PLAT-02 study, the researchers aimed to determine the feasibility of manufacturing autologous SCRI-CAR19 product and the safety of cryopreserved CD19 CAR T-cell product infusion, and to describe the toxicity profile among 64 pediatric and young adult patients with CD19-positive B-ALL.

To be eligible for the study, patients could be between the ages of 12 and 27, present with relapsed or refractory disease and no active graft-versus-host disease, and have an absolute lymphocyte count ≥100/μl.

In phase II, a minimal change in CAR T-cell manufacturing was introduced with product infusion in 21 patients, who were treated with a dose of 1 X 106 CAR T cells/kg, which was associated with longer responses in CAR T-cell persistence.2

“The 1-year leukemia-free survival for the subjects evaluated was 76%; however, we continue to see late relapses, including CD19-positive relapses at 22 and 27 months, as well as CD19-negative and myeloid relapses at 41 and 37 months, (respectively), after T-cell infusion,” Summers, who is principal investigator of the Ben Towne Center at Seattle Children's Hospital, said during a press conference at the 2018 ASH Annual Meeting.

Although not part of this study, Seattle Children's Hospital recommends for patients with relapsed/refractory ALL, with no history of HCT, to undergo the procedure once in remission. “Though remission is frequently attained, approximately half of patients recur. (However), controversy exists regarding the benefit of HCT following CD19 CAR T-cell therapy,” the researchers wrote.

Therefore, Summers and colleagues conducted the first study to evaluate the role of allogeneic HCT in maintaining LFS and overall survival (OS) in patients who sustained leukemic remission for >63 days following CD19 CAR T-cell therapy in the phase I/II study. The retrospective analysis included follow-up of at least 1 year in 32 patients from the phase I dose-planning portion of the trial and 18 from the initial phase II cohort. Patients who had no response to CAR T-cell therapy (n = 4), relapsed prior to day 63 (n = 9), or had grade 4 dose-limiting toxicity (n = 1) were excluded from the retrospective analysis.

Of the 50 evaluable patients, 34 had a history of at least 1 prior HCT compared with 16 who had no history of HCT.

The researchers observed a trend toward improved LFS (P = .01) among patients who underwent HCT following CAR T-cell therapy; however, they found no difference in OS between the 2 groups. “We hypothesize this is due to continued response to therapy following post-CAR relapse, and further follow-up is needed,” added Summers, who is also assistant professor, University of Washington School of Medicine and assistant member, Fred Hutchinson Cancer Research Center in Seattle.

Of the patients without a history of HCT, 13 underwent the procedure after therapy, and only 1 experienced relapse; whereas, 2 of the 3 patients who did not undergo HCT after CAR T-cell therapy relapsed and the third remains in remission after 28 months of follow-up. “Though it is a small number of subjects, the data communicate a leukemia-free survival benefit for those without a history of transplant [who] pursued a transplant once in remission,” Summers said.

“The role of HCT following CD19 CAR therapy for patients that have history of HCT is unclear, and larger studies are needed,” Summers said.

Summers concluded further follow-up is needed to determine the role of HCT in patients who have a history of transplant, and to also evaluate the lack of OS benefit seen between arms.

Phase II of the trial, designed to evaluate the anti-CD19 CAR T-cell therapy in a larger group of patients with acute leukemia or lymphoma that has relapsed or been unresponsive to other therapy, is underway.