Dr. Usmani on Situations that Indicate the Need for Immediate Treatment in R/R Multiple Myeloma 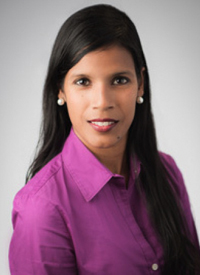 Nina Shah, MD
The anti-BCMA CAR T cell therapy bb21217 demonstrated an objective response rate (ORR) of 83.3%, with a very good partial response (VGPR) or better rate of 75% in patients with heavily pretreated relapsed/refractory multiple myeloma, according to initial results from a phase I study presented at the 2018 ASH Annual Meeting.1

In the preliminary results from the phase I study, responses deepened over time, with complete remissions (CR) achieved out to 10 months following infusion. The CR or stringent CR rate was 25%, with a minimal residual disease (MRD)-negativity rate of 100% in this group. The time to first response and best response were both 1 month.

The bb21217 CAR T-cell is an enhancement of the bb2121 CAR construct, which previously demonstrated promising findings in multiple myeloma. In findings presented at the 2018 ASCO Annual Meeting,2 bb2121 demonstrated a median PFS of 11.8 months and a median duration of response of 10.8 months. The CR or stringent CR rate was 50% and 36.4% of patients had a VGPR.

To create bb21217, the first-generation BCMA-targeted CAR T-cell construct was cultured with the PI3 kinase inhibitor bb007, to enrich for T cells with a memory-like phenotype. Cells of this phenotype are thought to persist and function longer than non-enriched CAR T cells, Shah noted.

The phase I study of bb21217, which was labeled CRB-402, enrolled patients in a 3+3 dose escalation schema with doses beginning at 150 x 106 and escalating to 800 x 106. At the October 2018 data cutoff, cells were collected for 13 patients for treatment manufacturing, and 12 patients had received treatment at the starting 150 x 106 dose. Lymphodepleting treatment was given with fludarabine at 30 mg/m2 and cyclophosphamide at 300 mg/m2 on days 5, 4, and 3 prior to infusion.

The median age of patients enrolled in the study was 63 years (range, 44-69), and the median time since diagnosis was 5 years. Most patients had an ECOG performance status of 1 (75%) and an ISS stage of III (33%). More than half of patients (58%) had high-risk cytogenetics and the median number of prior regimens received was 7. Eighty-three percent of patients had received 1 to 2 prior autologous stem cell transplants.
At the median follow up of 26 weeks, biomarker and bone marrow analysis indicated a rapid response to bb21217. There was robust CAR-positive T cell expansion following infusion, which was independent of tumor burden, and T cells remained detectable 9 months following infusion.

"Bone marrow plasma cell clearance was observed by day 15, and there was a dramatic decline in FLC and soluble BCMA in all responders by month 1," said Shah. "M protein decline was delayed, resulting in an evolving IMWG response. Sustained soluble BCMA suppression was observed up to month 9, consistent with ongoing plasma cell aplasia resulting from functional CAR T cell persistence."

All-grade cytokine release syndrome (CRS) occurred in 67% of patients, most of which was grade 1 or 2 in severity. One patient had grade 3 CRS and no patients had a grade 4 event. The median time to onset of CRS was 4.5 days. Neurotoxicity occurred in 25% of patients, 1 incidence was in a patient with high tumor burden and rapidly progressing disease at baseline (grade 4 encephalopathy and grade 3 CRS). There was no dose limiting toxicity.

In addition to these AEs, there was 1 case of grade 3 catheter-related infection; however, there were no other severe infections reported in the study. Neutropenia occurred in 83% of patients and resolved by day 32 for 58% of patients. All except 1 patient had recovered by day 65. Thrombocytopenia occurred in 50% of patients, and most recovered by day 32. Overall, 4 patients experienced 1 or more serious AE and there were no deaths in the study.

"The safety profile appears consistent with known toxicities of CAR T cell therapies," Shah said. "Future study is needed to assess durability of response at the current dose, as well as safety and activity at higher doses of bb21217."