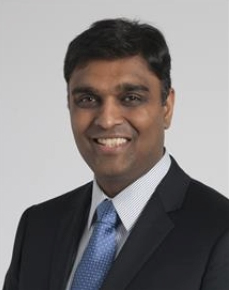 Rivaroxaban (Xarelto) may significantly reduce venous thromboembolism (VTE) occurrence among patients actively being treated with systemic therapy, according to results from the phase IIIb CASSINI trial that were presented at the 2018 ASH Annual Meeting.

However, study results showed that the agent failed to significantly reduce VTE events during the primary analysis period of 180 days. Alok A. Khorana, MD, professor of medicine, Cleveland Clinic Lerner College of Medicine, explained this was due mainly to a large proportion of patients who stopped taking the drug before the end of the 6-month period.

“The problem was that this is a cancer patient population getting chemotherapy, many of whom are switching chemotherapy drugs or progress on chemotherapy and switch to a different clinical drug,” he added. “So, about half of patients—in the entire study population—did not take the drug for the full 6 months.”

The international, multicenter, randomized, double-blind, placebo-controlled superiority study compared the efficacy and safety of rivaroxaban with placebo for thromboprophylaxis in 1080 ambulatory patients with cancer. The researchers aimed to assess the use of the direct oral anticoagulants (DOAC), administered as a daily pill, and to investigate the therapy’s use when restricted to patients at high risk for VTE, initiating a new systemic regimen to determine VTE risk (defined as Khorana score ≥2).

“About 10 years ago my research colleagues and I developed a score that helps predict patients who are at risk for getting a blood clot, and that is helpful because if we target prevention toward high-risk patients, then the benefit would be greater and so the clinical benefit to patients would be greater,” Khorana said. “So, that was really our hypothesis going in to this clinical trial.”

A composite of events in the primary efficacy endpoint occurred in 25 patients (6%) in the rivaroxaban arm compared with 37 (8.8%) in the placebo arm (HR, 0.66; 95% CI, 0.40-1.09; P = .101). However, as Khorana had noted, this was not unexpected given that 38.7% of patients discontinued treatment with the DOAC during the 6-month period and went on to experience a clot event. “It’s not unexpected, because we know that if patients are not taking the drug, then you obviously won’t prevent a clot,” he added.

As a secondary efficacy endpoint, the researchers conducted a pre-specified analysis of the composite of the primary endpoint with the addition of arterial and visceral thromboembolic events in the up-to-day 180 observation period. The rivaroxaban arm demonstrated significantly fewer events compared with the placebo arm (6.9% vs 10.7%; HR, 0.62; 95% CI, 0.39-0.99; P = .04).

During both time periods, the researchers also evaluated the number needed to treat (NNT), or “how many patients have to take the drug to prevent a blood clot for one of them not to have a blood clot,” Khorana explained. In the up-to-day 180 period, 35 patients would have had to have been treated to prevent 1 blood clot compared with 26 patients during the on-treatment period. “And then if you include some of these additional secondary endpoints (arterial plus visceral VTE), it is actually only 20,” he added. “So, the clinical benefits continue to improve when you include secondary endpoints and the (on-treatment) endpoint.”

Lastly, the Khorana risk score cut-off of ≥2 identified patients who were at risk for VTE events both at baseline (4.5%) and during the study (8.8%), as well as 1.7% arterial events in the placebo group.

“Because nearly one-third of these events were at baseline, before patients have even started on chemotherapy, we wonder if baseline screening should be considered in patients start treatment with systemic therapy,” Khorana said. “Regardless, we believe our findings should inform future recommendations regarding thromboprophylaxis for higher-risk ambulatory cancer patients.”