Zanubrutinib Faces Off Against Ibrutinib in CLL Trial

Woyach Highlights Progress and Next Steps in CLL Paradigm

Dr. Woyach on Ongoing Research With BTK Inhibitors in CLL

Dr. Fakhri on Selecting the Optimal Treatment in CLL 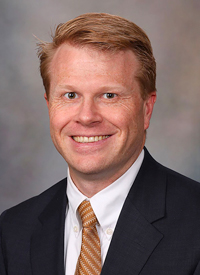 With extended follow-up, progression-free survival (PFS) continues to be superior with the combination of ibrutinib and rituximab (IR) compared with fludarabine, cyclophosphamide, and rituximab (FCR) for patients ≤70 years with previously untreated chronic lymphocytic leukemia (CLL), according to updated findings from the phase III E1912 study. The data were presented by Tait D. Shanafelt, MD, at the 2019 American Society of Hematology (ASH) Annual Meeting in Orlando, Florida.

Some 73% (n = 257) of IR patients remain on treatment at the latest follow-up. Only 7% of patients in this arm progressed while on therapy, noted Shanafelt, an associate dean of the School of Medicine and director of the WellMD Center at Stanford Medicine, California.

Throughout the trial, ibrutinib was administered at 420 mg orally on days 1 to 28 until progression. In cycle 1, patients received ibrutinib alone and in cycle 2 patients were administered ibrutinib with rituximab at 50 mg/m2 intravenously (IV) on day 1 and at 325 mg/m2 on day 2. For cycles 3 to 7, rituximab was given at 500 mg/m2 IV on day 1 along with baseline ibrutinib. FCR was given at the standard dose for 6 cycles. The median age of the overall study population was 58 years.

Of those who discontinued ibrutinib for a reason other than progression, the median time to progression after discontinuation was 23.0 months, “indicating that some of these patients have a reasonably long interval before additional therapy is required,” Shanafelt said.

“Among patients who are able to remain on ibrutinib therapy, progression is a rare event,” he said.

On multivariable analyses evaluating pretreatment factors associated with ibrutinib discontinuation for a reason other than progression or death, only the Cumulative Illness Rating Scale score predicted discontinuation (HR, 1.13 per each unit increase; 95% CI, 1.03-1.23; P = .009).