Research Propels Forward With CAR T-Cell Therapy in Pediatric ALL

CAR T-Cell Therapy in Pediatric ALL 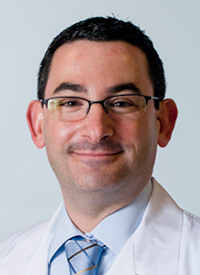 In the multicenter phase I TRANSCEND study, treatment with lisocabtagene maraleucel (liso-cel) resulted in an objective response rate (ORR) of 73% and a CR rate of 53%, with the time to first CR or partial response occurring at a median of 1 month.1

The median duration of response has not been reached at a median follow-up of 12 months. Some 60.4% and 54.7% of patients remained in response at 6 and 12 months, respectively, reported Jeremy Abramson, MD, at the 2019 ASH Annual Meeting.

In TRANSCEND, 344 patients with LBCL who had received ≥2 prior lines of therapy underwent leukapheresis, and 269 patients received liso-cel at 1 of 3 dose levels (50 × 106 [n=51]; 100 × 106 [n=177]; and 150 × 106 [n=41]). Patients with high-risk characteristics who have been excluded from previous clinical trials were eligible, including patients with secondary central nervous system involvement and those with moderate medical comorbidities, including patients with creatinine clearance as low as 30 mL/min or left ventricular ejection fraction as low as 40%. There was no lower limit of absolute lymphocyte count for eligibility.