AML Research Efforts in Full Swing After Decades of Stagnation

Dr. Perl on Challenges of Implementing Immunotherapy in AML

Dr. Schiller on the Heterogeneity of AML

Dr. Schiller on Venetoclax and Glasdegib in AML 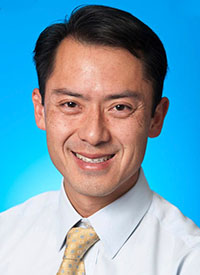 Maintenance treatment with CC-486, an oral formulation of azacitidine, extended median overall survival (OS) by 9.9 months compared with placebo for older patients with acute myeloid leukemia (AML) in first remission, according to findings from the phase III QUAZAR AML-001 trial presented at the 2019 ASH Annual Meeting.

"Based on the positive results of this landmark trial, we hope that maintenance therapy with CC-486 represents a new potential therapeutic standard for patients aged 55 or older with AML in first remission," Andrew H. Wei, MBBS, PhD, from the Alfred Hospital and Monash University, Melbourne, Australia, said during a presentation of the results. "Maintenance studies have been undertaken for the last 30 years and to date no particular therapy has been shown to improve overall survival."

CC-486 has a distinct pharmacokinetic and pharmacodynamic profile from injected azacitidine. Earlier studies have shown the agent to be tolerable with efficacious, even in patients who have progressed on prior azacitidine injections. The oral dosing of the drug is felt to provide better drug exposure, in addition to superior patient convenience, which potentially prolongs therapeutic activity, Wei said.

In the phase III trial, 472 patients were enrolled within 4 months of complete remission (CR) or CR with incomplete hematologic recovery (CRi). Patients were evenly randomized to receive therapy with daily CC-486 (n = 238) or placebo (n = 234). CC-486 was administered daily for 14 days followed by 14 days off therapy. If a CR/CRi was not maintained, CC-486 dose could be escalated to 21 days on drug with 7 days of rest.

At 1 year, 47% of patients were free of relapse in the CC-486 arm compared with 29% in the placebo group. Benefits in both RFS and OS were seen across key prognostic AML subgroups, Wei said.

The median treatment duration was 12 cycles with CC-486 compared with 6 in the placebo group, which speaks to the tolerability of the agent, Wei said. "One measure of safety is the number of cycles the patient can tolerate," he said. "Some patients in the CC-486 arm received up to 80 cycles of treatment.

"Although the gastrointestinal events seem high here, it was because this was a placebo-controlled study, so we did not know which treatment patients were receiving initially. When people get azacitidine-like therapy, they do get gastrointestinal side effects," said Wei. "In subsequent cycles, patients were put on prophylactic therapy, so these events were significantly reduced beyond cycle 2."

Topline results from the QUAZAR study were announced in September by the manufacturer of the drug, Celgene. In this statement, the company announced plans to submit a regularly application for CC-486 in the first quarter of 2020.
Wei AH, Dӧhner H, Pocock C, et al. The QUAZAR AML-001 Maintenance Trial: Results of a Phase III International, Randomized, Double-Blind, Placebo-Controlled Study of CC-486 in Patients with Acute Myeloid Leukemia (AML) in First Remission. Presented at: 2019 ASH Annual Meeting, Orlando, FL, December 7-10, 2019. Abstract LBA3.