Kahl Weighs the Complexities of Treatment Selection in Indolent Lymphoma

Dr. Wang-Gillam on Next Steps With Defactinib Combo in Pancreatic Ductal Adenocarcinoma

New and Emerging Approaches Target the Immunologic Chaos of GVHD 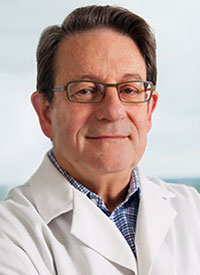 New and emerging therapies for acute and chronic graft-versus-host disease (GVHD) include B-cell depletion, interleukin (IL)-2, T-cell trafficking modulators (ie, inhibitors of JAK1/JAK2, JAK1-specific inhibitors), extracorporeal photopheresis (ECP), and the Bruton’s tyrosine kinase inhibitor ibrutinib. The experience with these options in acute and chronic GVHD was reviewed during a satellite symposium at the 2017 BMT Tandem Meetings.

Initial treatment for acute GVHD consists of prednisone, according to 2012 guidelines from the American Society for Blood and Marrow Transplantation, but steroid-refractory acute GVHD remains a problem. No approach has been associated with improved GVHD control or overall survival compared with high-dose steroids for second-line therapy for acute GVHD.

The first portion of the session was delivered by John P. DiPersio, MD, chief, Division of Oncology, Washington University in St. Louis, on new targets for acute GVHD. JAK1 and JAK2 are mediators of interferon gamma receptor signaling; in mouse models, pharmacologic inhibition of this signaling with inhibitors of JAK1/JAK2 decreased expression of the chemokine receptor CXCR3, reduces the incidence of GVHD, and improves survival after allogeneic hematopoietic stem cell transplant.1

In a retrospective survey of 19 stem cell transplant centers in the US and Europe, outcomes data from 95 patients who had received ruxolitinib as salvage therapy for steroid-refractory GVHD showed an overall response rate (ORR) of 81.5% and a complete response rate of 46.3% for acute GVHD and an ORR of 85.4% for chronic GVHD.2

In a preliminary study, the JAK1-specific inhibitor itacitinib was associated with a 28-day ORR of 88.3% when used in the first-line setting as treatment for GVHD and 64.7% when used in steroid-refractory GVHD.

The IL-6 pathway appears to be mediated by JAK1/JAK2 signaling, and blockade of this pathway has an important effect on mitigating GVHD, said DiPersio. The IL-6 inhibitor tocilizumab was associated with very low rates of acute GVHD and high survival rates when administered with standard prophylaxis in patients undergoing T-replete HLA-matched allogeneic hematopoietic stem cell transplant (HSCT).3

Integrin inhibitors are undergoing investigation as another strategy to improve GVHD control; α4 are involved in GVHD pathology, likely through facilitating the migration of alloreactive T cells to GVHD target organs. Selective inhibition of α4β1 integrin was recently shown to be effective in preventing GVHD in a mismatched allogeneic HSCT model.4

Alternatives to steroids as initial treatment have failed to improve outcomes. “There is no current consensus on optimal second-line treatment,” he said. Many retrospective and prospective studies suggest high response rates with ECP, rituximab, imatinib, mycophenolate mofetil, and mTOR inhibitors in the second-line setting, but the results are difficult to interpret because of suboptimal study designs.

ECP plus standard therapy in patients with cutaneous chronic GVHD manifestations not adequately controlled by steroids decreased the surface area of involved skin at week 12 by 14.5% compared with 8.5% with standard treatment alone.5 Some 8.3% of patients in the ECP group had at least a 50% reduction in steroid doses from baseline and at least a 25% reduction in Total Skin Score compared with 0% of the patients with standard therapy. “One of our goals is to find and identify steroid-sparing therapies,” Miklos said.

Because the B cell has a role in the pathogenesis of chronic GVHD, B-cell depletion with rituximab, 375 mg/m2/week for 4 weeks, was studied in 21 patients who had extensive steroid-refractory chronic GVHD. The ORR was 70% at 1 year, and the median steroid dose was reduced from 40 mg/day at study entry to 10 mg/day following rituximab (P <.001).6 Significant changes were also reported for skin involvement, the oral pharyngeal score, ocular Schirmer’s test, and rheumatologic symptoms.

The rationale for use of low-dose IL-2 is that impairment of Treg function is associated with chronic GVHD, and IL-2 is critical for normal Treg development, expansion, activity, and survival. In 35 patients with extensive refractory chronic GVHD, partial responses occurred in 61% and responses were observed in the liver, skin, lung, joint/fascia, and gastrointestinal system.7

As mentioned by DiPersio, an ORR was achieved in 85% of patients (n = 41) who received ruxolitinib as salvage for steroid-refractory chronic GVHD at US and European transplant centers. One-year overall survival (OS) in the overall population of 95 patients (acute and chronic GVHD) was 92.7% and the estimated median OS was not reached.2 Long-term follow-up has shown that 24% of patients have an ongoing response and are free of any immunosuppression.8

Ibrutinib may selectively target chronic GVHD pathogenic cells while preserving cytotoxic T cells and Treg cells, said Miklos. He noted the results of a multicenter open-label phase II study of ibrutinib given after failure of corticosteroids in 42 patients with chronic GVHD. In that study, investigators observed an ORR of 67%, with 9 complete responses and 19 partial responses, and a sustained response rate of ≥20 weeks of 71%.9 Only 3 patients had chronic GVHD progression. Fourteen patients came off therapy due to treatment-emergent adverse events.
References