Mok Provides Pembrolizumab Update, Next Steps With Immunotherapy in NSCLC 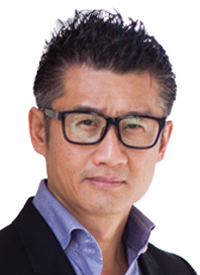 The FDA recently expanded the label for pembrolizumab monotherapy for the frontline treatment of patients with stage III NSCLC who are ineligible for surgery or definitive chemoradiation, as well as for patients with metastatic disease with a PD-L1 expression tumor proportion score (TPS) level of 1% or greater who do not harbor EGFR or ALK aberrations.

The regulatory decision was based on positive findings from the phase III KEYNOTE-042 study, in which investigators randomized 1274 patients with locally advanced or metastatic NSCLC to receive either pembrolizumab or chemotherapy.

Results from the trial showed that frontline pembrolizumab demonstrated a median overall survival (OS) of 16.7 months versus just 12.1 months with standard chemotherapy in those with advanced or metastatic disease and a TPS ≥1%.2 Further, data from an exploratory analysis, which examined all patients with PD-L1 TPS of 1% to 49%, showed a median OS was 13.4 months with pembrolizumab compared with 12.1 months with chemotherapy.

At the 2019 European Lung Cancer Congress, Mok, a professor in the department of clinical oncology at the Chinese University of Hong Kong, presented results from the final analysis of the trial, which showed that with an additional 6 months follow-up, pembrolizumab demonstrated continued OS benefit compared with chemotherapy.

In an interview with OncLive, Mok discussed the study and the implications of its findings, and shed light on the evolving role of immunotherapy in NSCLC.

OncLive: Could you discuss the findings from the final analysis of the phase III KEYNOTE-042 trial?

Since our presentation at the 2018 ASCO Annual Meeting, we reported our final analysis at the European Lung Cancer Congress this year. At this time, we confirmed the improvement in OS of 20 months versus 13 months in the [PD-L1] over 50% subgroup. Similarly, in the 20% subgroup and the 1% subgroup, we also had an improvement in OS with a positive hazard ratio.

In the exploratory analysis, we also looked at the 1% to 49%, where we did not observe an improvement in OS. What does that mean? That a lot of the benefit is driven by the 50% subgroup. One caveat that we can take from this is that in the 50% subgroup, the standard treatment is single-agent [pembrolizumab]. However, in the 1% to 49% subgroup, the standard treatment should be chemotherapy or chemotherapy with pembrolizumab as per KEYNOTE-189.

On the other hand, for patients who cannot receive chemotherapy, then these data may support consideration of the use of single-agent pembrolizumab because it’s not actually inferior. Although this is not an inferiority analysis, the data suggest that it’s possible to consider this option.

What are the next steps for this research with pembrolizumab?

That’s an important question. Right now, on the standard indication, with the number of studies available, it’s use is pretty well-defined as either a single-agent or in combination with chemotherapy.

I think the next wave is, number 1, how do we manage resistance to single-agent pembrolizumab? There tends to be, potentially, continuation of the drug or combination with other drugs.

The second part of this is, do we use pembrolizumab as a frame—a so-called skeleton—and add on other immunotherapy agents? Obviously, it’s still very risky business because there are several negative data that have already come out, so we have to do this a lot smarter. If we see an advantage, we must make use of it.

The third part of it is, although I like PD-L1 expression, I still don’t think that it’s a perfect biomarker. We still have to work hard to understand the science a little bit more so that we can choose patients smarter. We’ve made it clinical, relevant, and applicable, but it’s still not the perfect one. Just like EGFR mutation, before we found that mutation, we had used FISH. FISH was actually popular for a little while, but eventually we were able to find the EGFR mutation. Hopefully we’ll find a more specific biomarker in the future.

What are some of the other key advances made with immunotherapy that are being presented during this congress?

I think there are several discussions on tumor mutational burden (TMB), and the relevance of TMB was discussed on the basis of the MYSTIC data. That was cross-referenced with the TMB data from CheckMate-227.

How we’re going to apply that information is actually quite important, because there are other randomized studies, such as the B-FAST study, which will use TMB as a selective biomarker for patients to go on atezolizumab (Tecentriq). I think more work has to be done in this regard, number 1.

Number 2, there was another great talk about tumor heterogenicity, especially about the microenvironment and the immune reaction based on this heterogenicity. I think that was outstanding. In some ways, we treat lung cancer like a single disease, but inside this tumor, there are actually many inhabitants, and we have to recognize the behavior of these different inhabitants to determine how to deal with them.