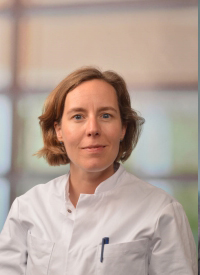 In a phase II study of 50 patients with metastatic TNBC who received palliative chemotherapy, priming the immune system with low-dose chemotherapy for 2 weeks or radiation therapy before starting nivolumab resulted in a best objective response rate (ORR) of 24%, announced Marleen Kok, MD, at the 2017 ESMO Congress in Madrid.

The study is the first to explore the value of immune induction using radiation therapy or chemotherapy. Overall survival (OS) at 1 year exceeds 80% in those patients who had either a complete response (CR) or partial response (PR) to immune induction followed by nivolumab.

In phase I trials of anti–PD-1/anti–PD-L1 therapy without induction, durable responses have been achieved but response rates have been modest: 18 to 23% in patients selected for PD-L1 expression and 5 to 10% in unselected cohorts , noted Kok, from The Netherlands Cancer Institute, Amsterdam.

“Ideally, for immune therapy, we would like a more inflamed microenvironment so we can stimulate immune cells that are already present,” she said.

The hypothesis of the study was that a short-term induction with radiation or chemotherapy could modulate the anticancer immune response, thereby increasing anti–PD-1 activity. A single dose of radiation has been shown previously to increase immunogenic cell death and stimulate antigen expression. Various forms of chemotherapy can increase the production of interferons and reduce the level of immune suppressive cells (doxorubicin), deplete the volume of T-regulatory cells (low-dose cyclophosphamide), and stimulate class I human leukocyte antigen molecules and directly kill T cells (cisplatin).

On this basis, patients with metastatic TNBC who received ≤ 3 lines of palliative chemotherapy, had a level of lactate dehydrogenase <2 times the upper limit of normal, and had an accessible lesion for biopsy and radiation were randomized to 1 of 5 two-week induction regimens consisting of 1) 3x8 Gy irradiation of one metastatic lesion; 2) 2 cycles of doxorubicin, 15 mg weekly; 3) oral cyclophosphamide, 50 mg/day; 4) 2 cycles of cisplatin, 40 mg/m2 weekly; or 5) no induction treatment. After the 2-week induction period, all patients received nivolumab, 3 mg/kg, until progression by RECIST 1.1 criteria.

The adaptive trial design had 2 stages, with a “pick the winner” concept for advancement to stage 2 based on response and increases in levels of CD8 tumor infiltrating lymphocytes (TILs) and percentage of TILs on biopsy specimens in stage 1. Results from stage 1 were presented by Kok.

Median follow-up is 10.8 months for the 50 patients evaluable for efficacy. Prior chemotherapy consisted mainly of anthracyclines (88%), taxanes (86%), platinum agents (60%), and capecitabine (54%). Fifty-two percent of patients had 1 previous line of therapy for metastatic disease, and 28% received 2 or 3 therapies. Forty-six percent of patients had PD-L1 expression on immunohistochemistry ≥1% on tumor or immune cells.

By induction arm, the ORR rates were 10% with radiotherapy induction, 45% with doxorubicin, 11% with cyclophosphamide, 33% with cisplatin, and 11% with no induction. Most responses were observed after the start of nivolumab; only 2 responses occurred after the 2 weeks of immune induction.

In the patients who experienced a response, the median TIL level in the baseline biopsy was 23%, compared with only 5% in nonresponders. “You need TIL presence to have a high likelihood to respond,” Kok said. The baseline CD8 level was also higher in responders versus nonresponders (51 vs 26/mm2).