Dr. Rugo on Recent Updates With Immunotherapy in TNBC 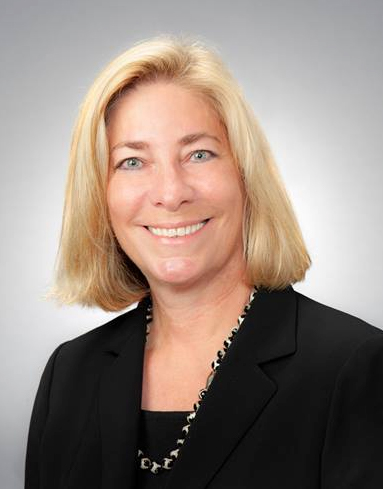 A numerical improvement in overall survival (OS) was realized with the addition of atezolizumab (Tecentriq) to ado-trastuzumab emtansine (T-DM1; Kadcyla) compared with T-DM1 alone in a second planned OS analysis of the phase II KATE2 trial, which was conducted in patients with previously treated HER2+ advanced breast cancer.

Further, the data suggest an OS benefit with atezolizumab plus T-DM1 in patients with PD-L1 expression in immune cells, with a 1-year survival rate of 94%, compared with 88% in the patients randomized to T-DM1 without atezolizumab, reported Leisha A. Emens, MD, PhD,  at the 2019 ESMO Congress.

The numerical advantage of atezolizumab did not translate into a significant effect in either the intent-to-treat (ITT) population or the subgroup of patients with PD-L1 expression in immune cells, however, as the 95% confidence intervals crossed 1.0 in both analyses. Thus, the findings should be considered hypothesis-generating, said Emens, co-leader of the Hillman Cancer Immunology and Immunotherapy Program, University of Pittsburgh.

“Based on these results, we believe that further study of HER2-targeted agents with atezolizumab in previously treated HER2-positive, PD-L1 immune cell–positive advanced breast cancer is warranted,” added Emens.

There was no numerical advantage to adding atezolizumab in patients who were PD-L1 immune cell-negative. In this group, median OS was not estimable with either treatment assignment (stratified HR, 0.88; 95% CI 0.43-1.80), and the 1-year survival rates were 85.1% in the atezolizumab/T-DM1 arm and 89.7% in the placebo/T-DM1 arm.

T-DM1 is indicated for the treatment of HER2-positive metastatic breast cancer previously treated with trastuzumab and a taxane. In addition to having cytotoxic activity, T-DM1 may potentiate tumor immunity, said Emens.

In the randomized phase II KATE2 study, there was no significant difference in progression-free survival (PFS), the primary endpoint, in the overall population of patients with HER2-positive advanced breast cancer who were treated with atezolizumab plus T-DM1 versus placebo plus T-DM1 (median PFS: 8.2 vs 6.8 months; stratified HR, 0.82; 95% CI 0.55-1.23). PFS, however, was numerically greater with the combination in an exploratory analysis of a subgroup of patients who had PD-L1 expression in immune cells (median PFS: 8.5 vs 4.1 months; stratified HR, 0.60; 95% CI 0.32-1.11), she noted.

Patients eligible for KATE2 had HER2-positive advanced breast cancer treated previously with trastuzumab (Herceptin) and a taxane, and progressed on treatment for metastatic disease or within 6 months of completing adjuvant therapy. A total of 202 patients were randomized 2:1 to atezolizumab at 1200 mg plus T-DM1 at 3.6 mg/kg, both given every 3 weeks, or T-DM1 plus placebo. Therapy was continued until loss of clinical benefit or development of intolerable toxicity. PD-L1 status (IC0 [<1%] vs IC1/2/3 [≥1%]) was 1 of the stratification factors.