Dr. Zakashansky on the Benefit of Maintenance Olaparib in BRCA+ Ovarian Cancer 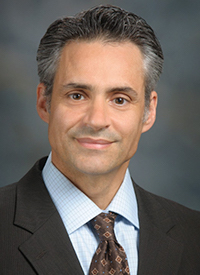 The frontline combination of veliparib, carboplatin, and paclitaxel followed by maintenance veliparib monotherapy led to a 32% reduction in the risk of progression or death when compared with placebo plus chemotherapy with placebo maintenance for patients with high-grade serous ovarian cancer, according to results of the phase III VELIA study presented at the ESMO Congress 2019 and simultaneously published in the New England Journal of Medicine (NEJM).1,2

In those testing positive for homologous recombination deficiency (HRD), the median PFS was 31.9 months in those receiving veliparib throughout the trial compared with 20.5 months in the control arm (HR, 0.57; 95% CI, 0.43-0.76; P <.001). Data were not yet sufficiently mature to conduct overall survival analyses across the groups.

An objective response rate (ORR) was available for patients with measurable disease at study entry (25% of study). Those receiving veliparib throughout the full study had an ORR of 84% compared with 79% and 74% in the veliparib upfront alone and control arms, respectively.

An assessment of PFS prior to beginning maintenance therapy revealed some data on the efficacy of adding veliparib to the frontline therapy. In this analysis, PFS was not improved with the combination of veliparib and chemotherapy versus the control group (HR, 1.07; 95% CI, 0.90-1.29). These findings were consistent across subgroups.