Dr. Park on the Benefit of Trastuzumab Deruxtecan in HER2+ Breast Cancer
Conference Coverage > 2019 ESMO Congress > 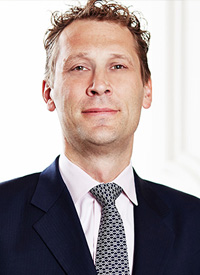 Neoadjuvant treatment with the combination of pembrolizumab (Keytruda) and chemotherapy extended pathological complete response (pCR) rates by 13.6 percentage points (CI, 5.4-21.8) compared with chemotherapy alone for patients with early triple-negative breast cancer (TNBC), according to findings from the phase III KEYNOTE-522 study presented at the ESMO Congress 2019.

Additionally, following neoadjuvant therapy and surgery, patients in the pembrolizumab arm went on to receive adjuvant pembrolizumab, which was compared with a matched placebo arm. After a median of 15.2 months of follow-up, the event-free survival (EFS) rate with pembrolizumab was 91.3% compared with 85.3% for placebo; however, this benefit was not yet statistically significant (HR, 0.63; 95% CI, 0.43-0.93).

The KEYNOTE-522 trial randomized patients with TNBC in a 2:1 ratio to receive pembrolizumab at 200 mg every 3 weeks (n = 784) or placebo (n = 390). All patients received 4 cycles of carboplatin plus paclitaxel followed by 4 cycles of doxorubicin or epirubicin plus cyclophosphamide. Following surgery, adjuvant pembrolizumab was continued for 9 cycles or until disease recurrence or unacceptable toxicity. EFS and pCR were dual primary endpoints for the study, which defined pCR as ypT0/Tis or ypN0.

Patients with both node-negative and node-positive TNBC were included in the study. Of those enrolled, tumor stage ranged from T1c N1/N2 to T2 to T4 and N0 to N2, per AJCC criteria. All patients had an ECOG performance status of 0 or 1. Patients were evenly stratified between groups based on nodal status, tumor size, and carboplatin schedule (weekly versus every 3 weeks).

For the early EFS analysis, 7.4% of events had occurred in the pembrolizumab arm compared with 11.8% in the placebo group. "There's already a difference between the two curves," said Schmid. "We will have subsequent event-free survival analyses coming out soon." The data lock for the current analysis was April 24, 2019.

"Each phase of the study contributed separately to the overall benefit," Schmid noted. "Pathological CR rate is obviously driven by the neoadjuvant part but when we look at recurrence and event-free survival, that's driven, possibly, by the neoadjuvant and adjuvant path. What we can't answer in this study is if you have a similar benefit with just neoadjuvant chemotherapy and pembrolizumab and how much each part of the treatment contributes."

At least 1 treatment-related adverse event (AE) of any grade was experienced by patients in both arms during the neoadjuvant phase. Grade 3 to 5 treatment-related AEs occurred at similar frequencies in the 2 groups, with 76.8% of patients experiencing an event in the pembrolizumab arm compared with 72.2% in the placebo group. AEs led to discontinuation of any drug for 24.5% of patients in the pembrolizumab group compared with 13.1% for the placebo arm.

The FDA has granted a breakthrough therapy designation to pembrolizumab plus neoadjuvant chemotherapy, based on earlier findings for the combination in patients with high-risk, early-stage TNBC from the KEYNOTE-173 and the I-SPY 2 trials. Submission of a supplemental new drug application for pembrolizumab in TNBC is highly likely, based on the KEYNOTE-522 data.

"This is a breakthrough because you can increase pCR and by association you can increase survival. This is an important trial from which we will have a lot of data from in the future," said ESMO expert discussant Giuseppe Curigliano, MD, PhD, head of the Division of Early Drug Development at European Institute of Oncology, Italy. "The combination of immunotherapy plus chemotherapy for early triple-negative breast cancer, according to the data presented here, is a new standard of care for early triple-negative breast cancer."
Schmid P, Cortes J, Dent R, et al. KEYNOTE-522: Phase 3 study of pembrolizumab + chemotherapy vs placebo + chemotherapy as neoadjuvant treatment, followed by pembrolizumab vs placebo as adjuvant treatment for early-stage high-risk triple-negative breast cancer. Presented at: ESMO Congress 2019, Barcelona, Spain, September 27 to October 1, 2019. LBA8_PR
<<< View more from the 2019 ESMO Congress