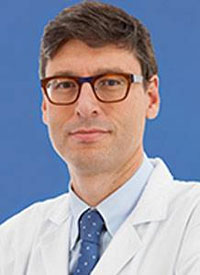 Frontline maintenance therapy with the PARP inhibitor niraparib (Zejula) improved median progression-free survival (PFS) by 5.6 months compared with placebo for patients with newly diagnosed, advanced ovarian cancer who responded to platinum-based chemotherapy, according to findings from the phase III PRIMA study presented at the ESMO Congress 2019 and simultaneously published in the New England Journal of Medicine.1,2

“Niraparib therapy in patients with advanced ovarian cancer provided a clinically significant improvement in PFS after response to first-line platinum-based chemotherapy in all patients," said study author Antonio Gonzalez-Martin, MD, from the Clinica Universidad de Navarra. "Niraparib is the first PARP inhibitor to demonstrate benefit in patients across biomarker subgroups after platinum-based chemotherapy in frontline, consistent with prior clinical studies of niraparib in recurrent ovarian cancer."

The study randomized 733 patients in a 2:1 ratio to receive niraparib (n = 487) or placebo (n = 246). Patients were randomized within 12 weeks of finishing the last cycle of chemotherapy. At the initiation of the study, niraparib was given at a fixed dose of 300 mg, which was adjusted to include a lower dose of 200 mg for those weighing less than 77 kg and for those with platelet counts below 150K/μL. The median relative dose intensity in the study was 63%. Gonzalez-Martin noted that future presentations would focus on the potential impact of this dose change.

Patient characteristics were similar across groups. The ECOG performance status was 1 for approximately 70% of patients, two-thirds had a FIGO stage of III, and a third had stage IV disease. The primary tumor locations were the ovary, fallopian tube, and peritoneum. The majority of patients had serous histology (~95%). Most patients had achieved a complete response to prior chemotherapy (70%). Two-thirds of patients received neoadjuvant chemotherapy, and none received bevacizumab, as the study was designed prior to approval of the VEGF inhibitor in the frontline setting.

Overall, 70.9% of patients required a dose reduction in the niraparib arm, and 12% of patients discontinued therapy due to AEs. The main AEs relating to discontinuation were myelosuppressive in nature, with 4.3% from thrombocytopenia.

Niraparib monotherapy is approved as a maintenance therapy in the recurrent ovarian cancer setting. This approval was granted in March 2017. Additionally, an application is pending with the FDA for niraparib as a treatment for patients with BRCA or HRD-positive ovarian cancer who have received 3 or more prior chemotherapy regimens and progressed more than 6 months after their last platinum-based chemotherapy. A decision on this application is expected by October 24, 2019.
References:
<<< View more from the 2019 ESMO Congress