Cabozantinib Maintains Efficacy in Advanced RCC Irrespective of Prior Treatment

Dr. Plimack on Updated Findings of the KEYNOTE-426 Study in RCC

Dr. Rosenberg on the KEYNOTE-045 Trial in Advanced Urothelial Cancer

Telaglenastat Plus Everolimus Emerges as Novel Approach in Metastatic RCC 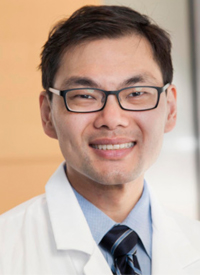 In the randomized, double-blind ENTRATA study, the median PFS was 3.8 months in the telaglenastat plus everolimus arm compared with 1.9 months in the placebo plus everolimus arm (HR, 0.64; 95% CI, 0.34-1.20; one-sided P = .079). The improvement in median PFS with the addition of telaglenastat met the prespecified threshold for achieving the primary endpoint (investigator-assessed PFS), which was set at a one-sided P value of 0.2.

Increased glutamine and glucose metabolism supports tumor cell growth and proliferation. In tumors, cells undergo a metabolic shift in which growth factors drive abnormal glucose metabolism, known as the Warburg effect, which deprives the TCA cycle of key metabolites. “To compensate for this metabolic shift, glutamine metabolism is increased to sustain the TCA cycle for growth and proliferation,” said Lee.

Telaglenastat is an oral inhibitor of glutaminase, the key enzyme for conversion of glutamine to glutamate. In preclinical studies, telaglenastat in combination with the mTOR inhibitor everolimus inhibited both glucose and glutamine metabolic pathways and demonstrated synergistic antiproliferative activity. In mouse xenograft models, the combination enhanced the antitumor activity of everolimus.

A phase Ib study of 24 patients with metastatic RCC who had a median of 2 prior lines of therapy showed that the combination of telaglenastat and everolimus was associated with a disease control rate of 92% and a median PFS of 5.8 months, “which compared favorably to historical controls,” Lee said.

Patients with advanced clear cell RCC who had been treated with ≥2 prior lines of systemic therapy, including at least 1 VEGF receptor–targeted TKI, were eligible for ENTRATA. They were randomized in a 2:1 ratio to telaglenastat at 800 mg twice daily plus everolimus at 10 mg/day, or placebo plus everolimus. Patients with treated or stable brain metastases were allowed into the study. Prior mTOR inhibitor therapy was not permitted.

The 69 patients enrolled were heavily pretreated with a median of 3 prior lines of therapy, including 70% who received ≥2 prior TKIs. Median patient age was about 65 years, and 80% (telaglenastat arm) and 87% (placebo arm) were male. Some 68% of patients had an intermediate/poor MSKCC prognostic score. Some 91% in the telaglenastat arm and 83% in the placebo arm received prior PD-1/PD-L1 inhibitor therapy. “Patients had multiple sites of disease, with one-third of patients having bone metastases,” Lee said.

Subgroup analysis by age, sex, race, performance status, number of prior TKIs, MSKCC risk stratification, and prior PD-1/PD-L1-directed therapy did not identify any subgroups with disproportionate benefit, Lee said. “However, the trial was not powered to detect any differences within these subgroups.”

Currently ongoing is the CANTATA  study (NCT03428217), which is a global, randomized, double-blind phase II study comparing telaglenastat in combination with cabozantinib versus placebo with cabozantinib in patients with advanced or metastatic renal cell carcinoma.