Dr. Ferraro on the Use of Molecular Profiling in Pancreatic Cancer 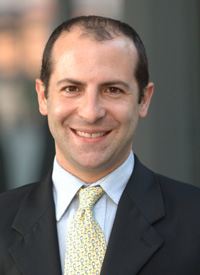 Results of the ROAR trial, which were presented during the 2019 Gastrointestinal Cancers Symposium, showed that the BRAF/MEK inhibitor combination was associated with an overall response rate (ORR) of 42% by investigator assessment, a median progression-free survival (PFS) of 9.2 months (95% CI, 5.4-10.1), and a median overall survival (OS) of 11.7 months (95% CI, 7.5-17.7) in the BTC cohort of the study, said Zev Wainberg, MD, co-director of the GI Oncology Program at the University of California, Los Angeles. This efficacy is comparable with that obtained with first-line chemotherapy, comprising of gemcitabine and cisplatin.

“These results represent the first prospectively analyzed cohort of patients with BRAF V600E-mutated BTC treated with a combination of BRAF and MEK inhibition,” he said. “BRAF V600 is one of several actionable driver mutations in this disease, and should be considered for routine testing in patients with BTCs.”

The combination “should be considered a meaningful therapeutic option” for patients with BRAF-mutant BTC, Wainberg said. BRAF mutations have been identified in 5% to 7% of patients with BTC, primarily in the cohort with intrahepatic disease, he noted. The dabrafenib/trametinib combination has previously demonstrated efficacy in other BRAF-mutated cancers, including melanoma in the adjuvant and metastatic settings, non–small cell lung cancer, and anaplastic thyroid cancer.

ROAR also demonstrated the heterogeneous genetic backgrounds of BTC tumors that were “consistent with other reports in this tumor type,” he said.

Most patients with BTC present with advanced disease, and the 5-year survival rate is approximately 15%, said Wainberg. Beyond surgical resection, the standard of care includes chemotherapy with gemcitabine and cisplatin, which is associated with a PFS of 8.0 months and a median OS of 11.7 months.

ROAR is open-label, nonrandomized, multicenter study that enrolled patients with rare cancers that harbor BRAF V600E mutations. The data presented at the 2019 Gastrointestinal Cancers Symposium were from the BTC cohort that included 35 patients. Only patients with histologically confirmed advanced disease and no available standard treatment options were eligible for enrollment.

Treatment options for BTC after first-line therapy are not well defined. The median PFS in second-line BTC is <5 months. Activating BRAF V600E mutations have been reported in up to 20% of BTCs.

The median age in the BTC cohort of ROAR was 57 years. Ninety-seven percent of patients had an ECOG performance status of 0 or 1. The predominant histology was adenocarcinoma, which was present in 74% of patients. All 35 patients had measurable disease at screening, and 74% of patients had stage IV disease at enrollment. Their time since diagnosis was a median of 1.1 years. Some 80% had received ≥2 lines of prior systemic therapy, with 100% receiving prior gemcitabine and 63% prior cisplatin. Some 57% of patients had undergone surgery and 11% received radiation.

The median duration of exposure to dabrafenib plus trametinib was 6 months (range, 2-32 months) and 86% were on the study medications for >3 months. Twelve patients (34%) were continuing treatment with each agent at the time of data analysis. Sixty percent discontinued treatment with dabrafenib and 60% with trametinib for disease progression. Twenty-two (63%) patients required dose interruption of dabrafenib and 21 (60%) required dose interruption of trametinib.

Patients received dabrafenib at 150 mg twice daily plus trametinib at 2 mg once daily on a continuous basis. Treatment was continued until unacceptable toxicity, disease progression, or death, and the primary endpoint was investigator-assessed ORR by RECIST v1.1. Secondary endpoints included PFS, duration of response (DOR), OS, and safety.

“Nearly every patient had some tumor reduction, with only 4 patients having progression of disease as their best response,” said Wainberg.

Sixteen baseline tissue samples were successfully analyzed by targeted next-generation sequencing of 570 cancer-specific genes. “There were a number of genetic alterations seen in these patients, both mutations and amplifications, and there’s little in common between them,” supporting the diverse molecular phenotype, he said. Copy-number variant (CNV) analysis demonstrated loss of CDKN2A/B was the most common finding, which was identified in 6 of 11 (55%) patients with any CNV.

Of the 35 patients in the BTC cohort, 11 received at least 1 posttreatment therapy, including chemotherapy in 20%, surgery in 14%, small molecule targeted therapies in 11%, immunotherapy in 6%, biologic therapy in 6%, and radiotherapy in 3%. The median time from study discontinuation to the start of subsequent treatment was 6.6 weeks.