Researchers Forge Ahead Amid Setbacks in Advanced Gastric Cancer 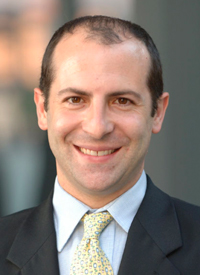 Pembrolizumab monotherapy in the first and later lines of therapy leads to more durable responses and meaningfully improves overall survival (OS) compared with chemotherapy in patients with advanced gastric/gastroesophageal junction (G/GEJ0) cancer with a high number of PD-L1–expressing cells in the tumor, lymphocytes, and macrophages.1

“CPS ≥10 is a recognized cutoff, at least for gastric cancer. A CPS ≥10 cutoff represents approximately 30% of patients with gastric cancer,” said Wainberg, co-director of the GI Oncology Program, University of California, Los Angeles. “I think the benefit of pembrolizumab is pretty much in the MSI (microsatellite instability)-high and in the CPS ≥10 populations. I think the best bang for your buck is in the CPS ≥10 patients.”

When used as initial therapy in patients with CPS ≥10 who were enrolled in the KEYNOTE-062 study (n = 182), pembrolizumab monotherapy was associated with a median OS of 17.4 months compared with 10.8 months in the chemotherapy arm (cisplatin plus 5-fluorouracil [5-FU] or capecitabine).

“There’s a higher response rate with chemotherapy in the frontline, but in survival analyses, which is the most important endpoint, there is a much better median OS in the patients with CPS ≥10 with pembrolizumab,” he said.

When used as second line in patients with CPS ≥10 who were enrolled in KEYNOTE-061 (n = 108), the median OS was 10.4 months in the pembrolizumab arm compared with 8.0 months in the chemotherapy arm (paclitaxel).

When used as third line or later in the KEYNOTE-059 study, pembrolizumab was associated with a median OS of 7.9 months in the subset with CPS ≥10 (n = 46). Because KEYNOTE-059 was a single-arm study,3 there was no comparator; however, in KEYNOTE-061 and KEYNOTE-062, pembrolizumab prolonged OS in the CPS ≥10 subset compared with chemotherapy.