Dr. Mohler on Need for Genetic Counselors for Early Detection of Prostate Cancer 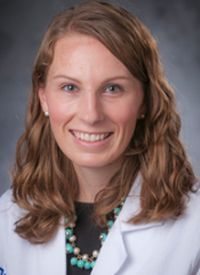 African-American men with metastatic castration-resistant prostate cancer (mCRPC) treated with novel hormonal therapies—namely abiraterone acetate (Zytiga) or enzalutamide (Xtandi)—lived 20% longer than their Caucasian counterparts, according to results from a large, retrospective study presented during a presscast ahead of the 2019 Genitourinary Cancers Symposium.

Moreover, the median overall survival (OS) was 30 months in African-American patients, compared with 26 months in Caucasian patients—highlighting the need for prospective trials to validate these findings, Megan McNamara, MD, an assistant professor of medicine at Duke University School of Medicine, said during the presscast.

“When controlling for access to care through a single payer system—in this case the VHA health system—in chemotherapy-naïve metastatic castration-resistant prostate cancer patients, African Americans may have better overall survival than Caucasians treated when with abiraterone acetate or enzalutamide,” McNamara said.

African-American men are at a higher risk for mCRPC and have worse survival outcomes compared with Caucasian men. However, despite these disparities, previous research suggested this patient population may have a better response to several prostate cancer treatments.

“For example, an analysis of pooled data from men with metastatic castrate-resistant prostate cancer who were treated with docetaxel in 9 different randomized phase III trials actually showed better survival among African-American men when treated with docetaxel, compared with Caucasians,” McNamara explained. “Similarly, African-American patients have been shown to have longer survival compared to Caucasians when treated with the immunotherapy sipuleucel-T (Provenge). And, a third study suggested African-American men with metastatic castrate-resistant prostate cancer had better [prostate-specific antigen (PSA)] response to abiraterone, compared to Caucasian patients.”

With a paucity of data to confirm these findings, the researchers analyzed 5 years’ worth of data from the VHA from April 2013 to March 2018 to determine OS outcomes in African-American men with chemotherapy-naïve mCRPC who were treated with abiraterone acetate or enzalutamide. Data included men with prostate cancer who were 18 years or older, whose only prior treatment was surgical or medical castration. Among men with disease that had progressed, researchers included only those who had been treated with either abiraterone acetate or enzalutamide. Patients were monitored for health outcomes until they disenrolled from the study or the VHA or died. Overall survival was defined as the interval from the first prescription claim for abiraterone acetate or enzalutamide following castration—for example, the Index date—to the date of death.

“These retrospective data emphasize the need for prospective trials to validate these findings and investigate the mechanism underlying racial disparities in survival outcomes between African Americans and Caucasians with metastatic castration resistant prostate cancer when treated with these novel hormonal therapies,” McNamara concluded.

ASCO expert and presscast moderator Robert Dreicer, MD, MS, MACP, FASCO, agreed with the importance of these findings, highlighting the need to better understand the difference in racial disparities among men with castration-resistant prostate cancer.

“These data are very provocative and it adds to an emerging database that has confirmed prospectively and has changed the way we think about racial differences,” he added.
McNamara M, George DJ, Ramaswamy K, et al. Overall survival by race in chemotherapy-naïve metastatic castration-resistant prostate cancer (mCRPC) patients treated with abiraterone acetate or enzalutamide. J Clin Oncol. 2019;37 (suppl; abstr 212).