Pal Highlights Encouraging ORR With Cabozantinib Plus Atezolizumab in mCRPC 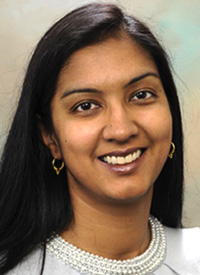 The CAR T-cell therapy lisocabtagene maraleucel (liso‐cel; JCAR017) demonstrated high rates of response, including minimum residual disease (MRD) in blood and marrow in patients with relapsed/refractory chronic lymphocytic leukemia (CLL) or small lymphocytic leukemia (SLL), according to the latest results from the TRANSCEND CLL 004 study presented at the 2019 International Conference on Malignant Lymphoma.

“Achieving deep and durable responses in patients with relapsed/refractory chronic lymphocytic leukemia, which is considered incurable, may depend on eradication of minimal residual disease,” said Tanya Siddiqi, MD, City of Hope. “Patients who progress on therapy have poor outcomes,” she added.

To produce this construct, peripheral blood mononuclear cells (PBMCs) are harvested from the patients and transformed using a Lentiviral vector with separately formatted CD4, which targets the tumor, and CD8, which binds a major histocompatibility complex molecule.

“MRD‐negative CRs were seen in patients who had failed both BTK inhibitors and venetoclax,” Siddiqi said.

“Adverse events were manageable at both dose levels and the rates of grade 3 neurological events and cytokine release syndrome were low,” Siddiqi noted.

Treatment-emergent adverse events (TEAEs) at either dose level of any cause occurred in all patients; grade ≥3 occurred in 95.7% of patients, including 88.9 and 100% at the low and high doses, respectively.

Six on-study deaths occurred; 4 deaths were due to disease progression, 1 due to grade 5 respiratory failure and the cause of 1 death was unknown.