Outcomes With Transplant in Myeloma

MRD as a Composite End Point in Myeloma 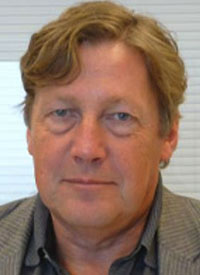 The trial was divided into 2 parts, an induction and consolidation phase, followed by a maintenance treatment with daratumumab or observation. Findings for part 1 of the study demonstrated a 53% reduction in the risk of progression or death in the D-VTd arm versus VTd alone (HR, 0.47; 95% CI, 0.33-0.67; P <.0001).2

However, a benefit with stringent complete response rate was not observed with D-VTd over VTD alone in those with ISS Stage III disease (P = .8506) or high-risk cytogenetics (P = .4839).

In May 2019, the FDA granted a priority review designation to a supplemental biologics license application for D-VTd for the treatment of patients with newly diagnosed multiple myeloma who are eligible for autologous stem cell transplant, based on part 1 of the phase III CASSIOPEIA trial. The FDA is scheduled to make a decision on the application on or before September 26, 2019.

In an interview with OncLive during the 17th International Myeloma Workshop, lead author Pieter Sonneveld, MD, PhD, professor of hematology and head of the Department of Hematology at Erasmus MC Cancer Institute in The Netherlands, discussed the significance of the subgroup analysis.

OncLive: Could you discuss the results of your subgroups analysis?

Sonneveld: We presented a subgroup analysis, which was a planned analysis, for the outcomes in patients with high-risk disease. This is for patients with ISS Stage III or with high-risk cytogenetics: del(17p) and t(4;14). Of course, this is a small subgroup. However, we were able to analyze the data and the results indicate that the response rate is the same in these high-risk cytogenetics and ISS Stage III as compared with the intent-to-treat population—so the full population.

Another issue fully addressed in this trial was the MRD negativity. For the first time, in a frontline trial in transplant-eligible patients, we conducted a full analysis of MRD using flow cytometry. The results are published, but it’s important to note that MRD negativity was achieved in about 64% of patients with D-VTd. This is a significant increase of MRD negativity.

The MRD-negative rate was higher for D-VTd versus VTd, including in high-risk cytogenetic and ISS stage III subgroups. We also looked at PFS. With a follow-up time of only 18 months, we see the curves are going to separate and that there is significant benefit for D-VTd in this high-risk subgroup.

How would you define the significance of the data in terms of cytogenetic risk and ISS stage?

For patients who were ISS Stage III or had high-risk cytogenetics, we see a benefit for D-VTd over VTd alone. These smaller number of patients represent less than 10% of total patients. We can’t draw firm conclusions right now, but we can see that response rate, the level of MRD negativity, and PFS are of the same order of magnitude as in the intent-to-treat population.

How do these findings inform current thinking about treating patients with multiple myeloma?