Next Chapter Begins With CAR T-Cell Therapy in Myeloma

Dr. Bahlis on Updated Data From the MAIA Trial in Multiple Myeloma

Dr. Ghorbrial on the Potential Utility of Triplet Therapy in Smoldering Multiple Myeloma 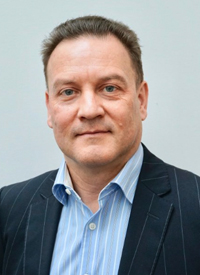 Adding the CD38-directed monoclonal antibody isatuximab in combination with pomalidomide (Pomalyst) and dexamethasone improved progression-free survival (PFS) in both standard-risk patients with relapsed/refractory multiple myeloma and those with high-risk cytogenetics, according to subgroup findings from the phase III ICARIA-MM study that were presented at the 17th International Myeloma Workshop (IMW) Scientific Program.

Overall response rate (ORR) benefit was maintained regardless of the high-risk cytogenetic cut-off definition used. Further, PFS benefit was observed in patients with standard- and high-risk cytogenetic risk. The median PFS for patients at high-risk who received the isatuximab regimen was 7.5 months versus 3.7 months in patients who received pomalidomide/dexamethasone alone (HR, 0.66; 95% CI, 0.30-1.28). In standard-risk patients, the median PFS was 11.6 months in the combination arm versus 7.4 months in the monotherapy arm.

In July 2019, the FDA accepted a biologics license application for isatuximab for the treatment of patients with relapsed/refractory multiple myeloma, based on the overall ICARIA-MM data.

OncLive: What benefits were observed with the isatuximab triplet in the high-risk cytogenetic population?

Harrison: In the high-risk cytogenetic population, we saw a significant increase in response rate–up to about 50% compared with 20%. The majority of that benefit was an increase in very good partial response (VGPR) rate, which was around 30% compared with around 3% in the control arm of the study. [This means that] isatuximab is increasing the depth of response as well as the ORR.

What do these outcomes mean for patients with high-risk cytogenetics?

Patients with high-risk mutations across the board do less well, in terms of achieving a response but also in maintaining that response. The addition of isatuximab to pomalidomide and dexamethasone improves both response rate and duration of response. Therefore, a response that lasts for 5 minutes is not that helpful, whereas if you maintain that response for much longer, then clearly that’s an important marker to suggest that the overall survival (OS) will follow that when the analysis is complete in the future.

Patients with high-risk cytogenetic abnormalities benefit at least as much as standard-risk patients from the addition of isatuximab to pomalidomide/dexamethasone, so there is no reason not to offer that therapy to these patients. If you look at the odds ratio, in terms of the response, it seems that those patients with high-risk abnormalities benefit even more than the standard-risk patients.

It doesn’t overcome the overall negative impact of the high-risk abnormality, but it’s a step along the way to help the patients in that area of need achieve better outcomes.

What are some of the unique features of isatuximab?

This molecule, isatuximab, uses a different epitope. It has a different adverse event profile, particularly in terms of reduced infusion reactions. Therefore, it has better tolerance for patients, so it offers a new alternative to daratumumab (Darzalex) in the clinic.

It may be because of the slightly different mechanism of action that it may be more effective in certain subgroups, particularly in those patients with high-risk cytogenetic abnormalities.

What else should be noted about the activity in those with high-risk abnormalities?

High-risk cytogenetics were defined in the study as del(17p), t(4;14), and t(14;16). The individual numbers of each of those abnormalities in the study was relatively small, so it’s hard to say what the overall impact of those abnormalities was across the study population. However, it seems to be that all of the high-risk populations benefitted similarly compared with the overall study population. The magnitude of the difference seems to be maintained.