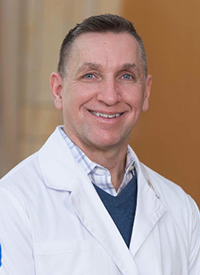 Scalp cooling to limit alopecia in patients with cancer who are receiving chemotherapy is edging closer to becoming a widespread patient offering following recent FDA clearances, according to a talk at the 2018 Lynn Sage Breast Cancer Symposium.

“Scalp cooling is efficacious and has the potential to enhance quality of life and improve meaningful outcomes,” said Mikel Ross MSN, of the Department of Nursing – Breast Medicine Service at Memorial Sloan Kettering Cancer Center (MSK). “It’s not perfect but it’s much better than doing nothing to help patients with this important quality-of-life issue, especially when we know that worrying about hair loss leads to up to 10% of patients consider refusing chemotherapy or requesting a less-effective treatment.”

FDA clearance centered on two key efficacy trials published in JAMA in early 2017. In the first study, 101 patients with stage I or II breast cancer received scalp cooling treatment with a Dignitana device, while 16 did not.1 Based on hair preservation 4 weeks after treatment completion, Dean’s scores, and patient self-assessment, 66% of the experimental group were deemed to have achieved success. Among the 101 scalp cooling participants, 76 received docetaxel + cyclophosphamide, 13 received docetaxel + carboplatin, 12 received paclitaxel weekly, and 1 received another regimen.

In the second trial, 95 patients with stage I or II breast cancer received scalp cooling treatment with a Paxman device, while 47 did not.2 Outcome measures were hair preservation after the fourth treatment cycle, CTCAE grade 0 or 1, and evaluation by a blinded clinician. Of the 95 patients in the experimental group, 66% were on a taxane-based regimen, while 34% received anthracycline-based treatment. “When the trial was stopped early for superiority, 50.5% of patients had achieved success with no negative effect on measures of quality of life,” Ross said.

For years, scalp cooling has been plagued by concerns that the practice can lead to later scalp metastases. However, in a 2017 systematic review article, Ross and his MSK co-author Erica Fischer-Cartlidge MSN, determined that these concerns are unfounded.3 The pair reviewed 3 studies with more than 50,000 subjects who were followed from 2 to 9 years. “We concluded that the rate of scalp metastases following scalp cooling is less than 1%, regardless of whether the patient received cooling or not,” he said.

Additionally, a 2015 retrospective review of overall survival examined 553 patients who received cooling and 817 who did not.5 Patients who received cooling had 6.3 years of follow-up and 107 survival events, with a hazard ratio (HR) of 0.89. Control patients were followed for 8 years and had 199 survival events, with an HR of 1.0. Once again, the P value, at 0.40, did not reach significance.

The FDA’s recent actions reversed the agency’s 1990 prohibition of scalp cooling treatments in the United States. But in the intervening years, the technology has become widely accepted in the rest of the world, Ross told attendees, noting that more than 3000 machines are currently in use in more than 50 countries throughout Europe, Asia, and the Middle East.

MSKC has been an early US adopter of scalp cooling technology, beginning data review in early 2015. They started offering scalp cooling to patients with breast cancer in March 2017 and to all solid tumor patients in January 2018.

According to Ross, the MSK system owns 35 scalp cooling machines and offers the service at 12 of its locations, including 5 in Manhattan. About 200 MSKC patients have received scalp cooling during 2000 infusions. “This is not a massive program for us, but about 5% to 6% of eligible patients want scalp cooling and that number is growing,” Ross said, adding that these patients’ disease breakdown is about 45% breast cancer, 45% gynecologic cancers, and 10% other tumor types.

“We believe that scalp cooling offers good opportunities for incremental gain for patients,” Ross said. “Scalp cooling is not a home run but it’s likely to at least get patients on first base with the potential to enhance quality of life.”