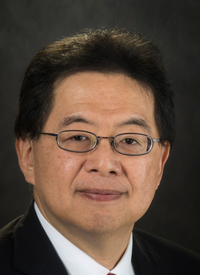 Inflammatory breast cancer (IBC) is commonly misdiagnosed because it is a rare form of breast cancer that many oncologists do not see frequently. Several institutions in the United States have special clinics for IBC, such as The University of Texas MD Anderson Cancer Center, giving patients access to clinical trials, as well as physicians who have an expertise in IBC.

Some of the symptoms of IBC include breast swelling, redness, pain, and peau d’orange, which is a condition where the skin can appear orange. These symptoms, however, do not always mean a patient is presenting with IBC. In some cases, they may have mastitis, which can be treated with antibiotics, or noninflammatory locally advanced breast cancer.

If a physician suspects IBC, it can be detected with a few different imaging tools, such as ultrasounds or MRI mammograms. The problem with these tests is that they are not completely reliable in detecting IBC; a mammogram alone, for example, only has about a 68% detection rate of IBC. However, in combination with ultrasound, the detection rate is around 98% to 100%. IBC also does not often present with a mass, which can make finding a spot to biopsy more challenging in these patients.

In an interview with OncLive, Naoto Tada Ueno, MD, PhD, FACP, Department of Breast Medical Oncology, Division of Cancer Medicine, The University of Texas MD Anderson Cancer Center, discussed the diagnosis and treatment of patients with IBC. He also highlighted the biggest challenges in both diagnosing and treating this patient population.

OncLive: What message do you hope to share with oncologists in regard to IBC at the meeting?

Ueno: The idea is to make sure everybody has awareness of IBC, which is to recognize the swelling of the breast, redness, and peau d'orange, which is commonly misdiagnosed as an infection. [My goal] is to make sure that people suspect IBC as part of the diagnosis of mastitis.

Once you do that, the second part is how to confirm the diagnosis using imaging and mammograms appropriately. However, mammograms do not always detect the disease very well. That would require using ultrasound or MRI mammography to provide more details. Lastly, the most important thing is to make sure everybody receives a trimodality approach, which involves starting systemic therapy, followed by modified radical mastectomy, followed by radiation therapy. In the United States, when we actually look at our database, about 70% of patients did receive trimodality, but for some unknown reason, there are about 20% to 30% of patients that only got 1 or 2 out of the 3, and we have data that these outcomes were not stellar compared with those who received all 3 treatments.

IBC does receive national level [research attention], where it is studied at MD Anderson Cancer Center, Dana-Farber Cancer Institute, Duke Cancer Center, Northwestern University [and others]. I think patients should take advantage by reaching out to these clinics where experts including medical oncologists, but also surgeons, radiation oncologists, pathologists, and imaging people conduct research and provide care. I know that not all patients can come to these clinics, but at least making a phone call to find out what is the best care for IBC and what clinical trials are available at each site is very important so that we can provide the best care to our patients in the United States.

What are the symptoms that can help physicians recognize IBC?

There are symptoms that are typical of IBC, which are swelling, redness, pain, skin thickening, or we call it peau d'orange, an orange type of color [to the skin]. These are the important symptoms, although the other factor is how fast these symptoms show up. It could be several weeks versus several months.

Those are probably the typical things, but because you recognize these symptoms, it doesn’t [necessarily] mean it’s IBC. Most times, it’s probably just symptoms that can [be treated by] a primary care physician, suggesting that this could be mastitis, and I think it’s appropriate to treat with antibiotics if you suspect mastitis. However, once you give antibiotics and you don’t see a good response, I think it’s time to think about other possibilities. One tricky thing that I mentioned at this conference is some people do get a response from antibiotics or even from using steroid cream, but the response is not easily sustainable. Clearly, getting a response does not mean you’re going to be excluding the diagnosis of IBC.

What tools are used for the diagnosis of IBC?