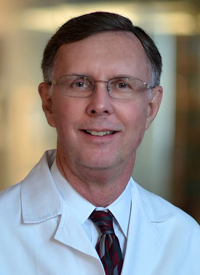 As more becomes known about the biology of HER2-positive early breast cancer, C. Kent Osborne, MD, said that a multipronged strategy is the best approach regarding de-escalating chemotherapy in this patient population.1

Osborne, who delivered the annual Lynn Sage Distinguished Lecture during the 2019 Lynn Sage Breast Cancer Symposium, said that the key to successful de-escalation will be based on the fact that HER2-positive breast cancer is both clinically and molecularly heterogeneous.

Oncogene addiction, in which a cancer cell is driven by a single powerful driver pathway, is an aspect of this cancer that needs to be better understood, he said.

“Other redundant survival pathways become inactive because they are not needed and potent inhibition of this driver pathway should kill the cell,” said Osborne, director of the Dan L. Duncan Comprehensive Cancer Center at Baylor College of Medicine.

In addressing the question of whether chemotherapy can be de-escalated or eliminated in tumors strongly driven by a single pathway, Osborne noted that HER pathways 1, 3 and 4 are also active in HER2-positive disease. Additionally, when clinicians assess HER2 for guiding clinical decisions, it’s important to remember that most of the studies that led to current guidelines included the combination of trastuzumab (Herceptin) plus chemotherapy.

On the issue of growth factor receptors (GFR) and estrogen receptor (ER) “crosstalk,” Osborne reminded colleagues that EGFR and HER2 decrease ER—and that blocking EGFR and HER2 increases ER.

“Additionally, ER decreases EGFR and HER2 and blocking ER increases EGFR and HER2,” he said. “We need to block both receptors for optimal therapy because anti-HER2 monotherapy only partially and temporarily inhibits tumor growth, and the ER pathway can provide alternative signaling to evade HER2 inhibition.”

Next, Osborne discussed dual-targeted therapy in the presence of chemotherapy. On the issue of improved pathological complete response (pCR) rates using dual-targeted therapies compared with single-agent approaches, he referred to the NEOSPHERE2 and NEOALTTO3 trials. Additionally, the APHINITY4 and ALTTO trials5 were largely negative.

“They were not adjuvant validation tests of NEOSPHERE and NEOALTTO, due to totally different chemotherapy regimens being used,” he said. “And, the effect of dual-targeted therapy is less when it is combined with more aggressive chemotherapy, which is also effective in HER2-positive tumors.”

Keep in mind, Osborne said, that 20% of 35% of patients with large tumors have pCR without also receiving chemotherapy, and that pCR rate increases to 50% when chemotherapy is added to dual-target therapy.

“Remember that we currently have no long-term outcome data,” he said. “Further, patient selection will be critical for further study to determine whether these patients need chemotherapy at all and whether we can accurately identify truly HER2 oncogene-addicted tumors.”

When it comes to likely key determinants of initial response, Osborne singled out HER2 amplification, deregulation of the PI3K pathway, lymphocyte infiltration, and the presence of ERs. Similarly, acquired resistance to trastuzumab is complex and driven by clonal selection or adaptive mechanisms.

Osborne identified seven possible factors, ranging from low-level HER2 amplification to mechanical blockade of the target by mucins so that trastuzumab can’t bind to receptors, to activating mutation in HER2 itself. Other factors include the activation of the pathway downstream of the receptor layer (PTEN loss; PIK3CA mutations), activation of a totally redundant unrelated survival pathway (ER, integrins, stress kinases, mevalonate pathway), loss of the target (p95HER2), and reactivation of the HER pathway by other family members, their ligands, or other receptors in the case of incomplete blockade of the HER family.

A current research effort of Osborne and colleagues include constructing a molecular classifier that predicts response to anti-HER2 therapy without chemotherapy. This work, which is funded by a DOD breakthrough level 3 grant, will use pooled samples from 300 patients in the United States and Europe. Factors to be considered will include gene protein assay, intrinsic subtype/ERBB2 mRNA, PTEN, PIK3CA mutations, tumor-infiltrating lymphocytes and multispectral phenotyping, and RNA sequencing. The investigators plan to conduct a de-escalation clinical trial to test a molecular triage approach.

Combinations with other targeted therapies will be required to reverse this resistance, Osborne concluded.