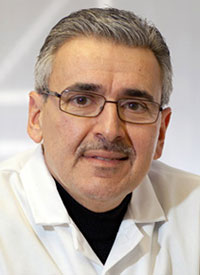 Each gene expression-based test available for risk prediction in patients with breast cancer has unique properties and they are not interchangeable, placing importance on the clinical studies used to validate the clinical utility of each assay, according to a presentation by Joseph A. Sparano, MD, at the 36th Annual Miami Breast Cancer Conference.

As laboratory-developed tests, these assays did not require FDA approval before being marketed; however, a few of the assays have obtained 510(k) clearance, specifically MammaPrint and Prosigna. NCCN treatment guideline recommendations for each of these tests have been based on the level of clinical evidence demonstrated in prospective validation, registry, population-based, and clinical trials.

“There are critical issues in biomarker development and validation,” said Sparano, professor of Medicine & Women’s Health, Albert Einstein College of Medicine, Montefiore Medical Center. “First and foremost is analytical viability, secondly is clinical validity—and many of the biomarkers available check off these boxes for higher analytics and clinical validity—but the real test for a biomarker is clinical utility, that is, does the result of the biomarker change treatment and do patients benefit from that change.”

Each test has undergone extensive validation with NCCN level 1 to 2A evidence demonstrating their prognostic value for patients with breast cancer. Of the available tests, the guideline only lists Oncotype DX has showing predictive value, based on findings from the large TAILORx trial.

In those 50 years of age or younger, there was a benefit for adding chemotherapy in the intermediate risk group. In the group with a recurrence score of 16 to 20, there was a 1.6% difference between the arms at 9 years. In the 21 to 25 recurrence score group, 6.5% more patients recurred at 9 years in the endocrine alone arm compared with the chemotherapy plus endocrine arm (86.9% vs 93.4% freedom from recurrence rates).