Can We Use Genomic Profiling Data to Influence Locoregional Treatment Decisions in Breast Cancer? 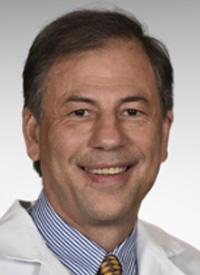 In early-stage breast cancer, molecular subtyping and gene expression profiling has improved our ability to estimate risk of distant recurrence above and beyond traditional clinicopathologic factors and biomarkers.1-7 Despite this considerable progress in refining risk of distant recurrence, risk assessment for locoregional recurrence (LRR) is still primarily based on traditional clinicopathologic factors such as patient age, tumor size, grade, pathologic nodal status, presence of lymphovascular space invasion, and margin width.8,9 In addition, several studies have shown that tumor subtype alone is strongly predictive of LRR.5,10-16 Given the solid correlation between the risk of LRR and distant recurrence,17-19 several investigators have examined whether genomic assays that predict risk of distant recurrence can also predict risk of LRR.20-28 Increasingly, new genomic classifiers are being developed specific to LRR, in patients with node-negative and node-positive invasive breast cancer.29,30 There is also increasing interest in developing gene expression assays to predict response to radiation therapy (XRT).30-39

Can Genomic Profiling Affect the Surgical Management in the Breast or Axilla?

Can Genomic Profiling Affect the Use of Adjuvant XRT?

By individualizing risk of LRR with molecular subtyping and use of genomic classifi ers, it is hoped that use of adjuvant XRT can also be tailored. Currently, there are 2 approaches for tailoring use of XRT. First, is the potential of customizing the use of postmastectomy and regional nodal XRT. Second, is the potential of avoiding breast XRT in selected candidates at low risk of in-breast recurrence after breast-conserving surgery (BCS).

The association between the 21-gene recurrence score (RS) and risk of LRR has been evaluated in patients with node-negative, estrogen receptor (ER)–positive breast cancer treated with either no adjuvant therapy, tamoxifen, or tamoxifen plus adjuvant chemotherapy as part of the National Surgical Adjuvant Breast and Bowel Project (NSABP) B-14 and NSABP B-20 trials.40 Patients treated with BCS received breast XRT but patients who underwent a mastectomy received no XRT. RS was a significant predictor of LRR in all 3 groups of patients.