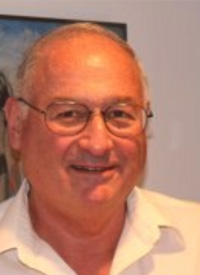 There is limited data on when and whether oncologists should change systemic therapy for patients with non–small cell lung cancer (NSCLC), but some studies provide useful guidance, Steven Vogl, MD, said at the 2018 New York Lung Cancers Symposium.

A key question is whether to continue a PD-1 inhibitor if a patient is doing well after 1 year, said Vogl, a medical oncologist with Montefiore Medical Center. “We all know there are some patients who get toxicity on PD-1 treatment, and we stop the PD-1 drug and they do okay.”

In CheckMate 153, Spigel et al examined the value of stopping treatment with a PD-1/PD-L1 inhibitor after 1 year as opposed to continuing for patients with advanced, previously treated NSCLC. The randomized trial found that patients who received continuous treatment with nivolumab (Opdivo) experienced superior progression-free survival (PFS) at 6 months (80% vs 69%) and 1 year (69% vs 40%). The hazard ratio was 0.42 (95% CI, 0.25-0.71).

More data would be desirable on whether to continue treatment in this setting, but based on CheckMate 153, the answer is, “Yes,” Vogl said. “There are a lot of things going on with these patients. You’re affecting the immune system; some people need the drug, and some don’t. Some patients’ immune systems are weakened, and they don’t have further options, and some of the tumors may have adapted to the immune liberation that we’ve induced with the PD-1 drug. Although there’s a lot we don’t know, what we do have is this study that outlines whether we stop or not,” Vogl said.

A related question is whether to continue targeted therapy without other therapy for asymptomatic slow progression, and the ASPIRATION trial sheds light on this issue, he said. The multicenter, phase II single-arm study enrolled 207 adults with stage IV EGFR-positive NSCLC and an ECOG performance status of 0 to 2. Patients received erlotinib (Tarceva) at 150 mg daily.

The findings from ASPIRATION do not provide a clear answer of whether to continue on TKI in the setting of asymptomatic slow progression, so the answer is, “Maybe,” Vogl said. “I would love to find out how these patients—the ones who lived 3 months longer—did in terms of symptoms. I would love to know how long the interval was between the first sign of progression and the time they progressed again. There’s some heterogeneity and there were some patients who might have gotten a year out of it…they’re the ones I would try this with.” Unfortunately, data on who those patients were not available, he noted.

However, the phase III NEJ009 found “very impressive” advantages for the combination of gefitinib, carboplatin, and pemetrexed (GCP) compared with gefitinib monotherapy among patients with advanced EGFR-positive NSCLC. OS among patients treated with GCP was 52.2 months versus 38.8 months (HR, 0.695; P = .013). The ORR was 84.0% vs 67.4% in the combination group as opposed to the monotherapy group.3

“This raises important questions about whether chemotherapy should accompany TKIs in the first line or any line. These require study,” according to Vogl.