Challenges in the Treatment of Follicular Lymphoma

Navigating the Toxicities of Novel-Novel Combinations in Lymphoma 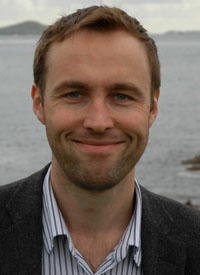 Combinations of novel drugs in lymphomas have the potential to overcome resistance to therapy but come with sometimes unexpected adverse events (AEs) that demand careful monitoring, Kieron Dunleavy, MD, said at the 2018 Pan Pacific Lymphoma Conference in Maui, Hawaii.

These novel-novel combinations sometimes produce AEs that bear no relation to how those same agents would have performed individually. Along with the increasing complexity of new treatments, new indications for novel-novel combinations are emerging. This is highlighted by recent recommendations by the FDA for the codevelopment of investigational agents, said Dunleavy, professor of medicine at George Washington University and director of the Lymphoma Program at GW Cancer Center in Washington, DC.

Novel-novel combinations are essential to address the genetic complexity of tumors, and developing insight into the biology of tumors is opening a window into opportunities for exploration of these dual treatments, he said. “I think we need to better understand and incorporate biomarker studies into new trials of agents that are being combined together,” he said.

The FDA has approved 5 combinations for dual novel agents so far in 2018, another 2 in 2017, and 2 more in 2016, Dunleavy said. FDA guidelines for the choice of drugs for combination treatments call for compelling biological evidence, proof that the agents under consideration cannot be developed as independent drugs, and preclinical data that demonstrates anti-tumor activity is more potent with the target combination than individually.

BTK and PI3K inhibitors, checkpoint inhibitors, chimeric antigen receptor (CAR) T cells, immunomodulatory drugs (IMiDs), and BCL2 inhibitors are examples of novel agents that are under consideration for novel combination therapy in B-cell lymphomas. They bring toxicities of a different class compared with chemotherapy treatments, such as cardiac arrhythmia, transaminitis, and bleeding, “We have to be very vigilant when we’re using these as single agents but also when we combine them. Often when we combine agents, we see that we could not have predicted what would happen when we looked at the side effect profiles of the individual agents,” Dunleavy said.

Many molecular targets exist in lymphomas and for these there is a host of small molecule inhibitors, so it makes sense to combine inhibitors to target more than one thing at a time, he said. Another compelling argument is that there is a paucity of active single agents in the relapsed/refractory (r/r) setting in diffuse large B-cell lymphoma (DLBCL), he said. “This is in contrast to indolent lymphomas where that’s not the case.”

A study of BTK inhibitor ibrutinib (Imbruvica) by Wilson et al1 targeted the activated B cell–like (ABC) subtype of DLBCL, which has a poor cure rate compared with the other major subtype, germinal center B cell–like (GCB). The phase I/II study involving patients with r/r DLBCL(n = 80) produced complete or partial responses in 38% (15/39) of those with ABC DLBCL, but in only 5% (1/20) of subjects with GCB DLBCL (P = .0059), Dunleavy said.

However, what’s important to note is that the progression-free survival (PFS) is very short for ABC and GCB—“and I think this is the principal reason why you are not seeing a lot of development of dual inhibitors in r/r aggressive lymphomas,” he said. Median PFS was 2.14 months for ABC and 1.31 months for GCB (P = .0022).

Dunleavy contrasted those findings with outcomes from the phase II CAPTIVATE trial presented at the 2018 American Society of Clinical Oncology meeting in June.2 The frontline combination of ibrutinib and venetoclax (Venclexa) demonstrated a 100% objective response rate (ORR) for patients with chronic lymphocytic leukemia (CLL), with 77% of patients testing negative for minimal residual disease in the peripheral blood after 6 cycles, according to early findings.

In 11 patients treated with 12 cycles of ibrutinib and venetoclax with available bone marrow data, the complete remission (CR) rate was 36% and the rate of CR with incomplete hematologic recovery was 18%. Remaining responses consisted of nodular partial remissions (nPR; 9%) and PR (36%). All patients with a CR/CRi had confirmed undetectable MRD in the bone marrow. Sixty percent of those with a PR/nPR were MRD-negative.

This is an example of using 2 novel agents with the goal not specifically to induce anti-tumor activity but to reduce TLS, he noted.