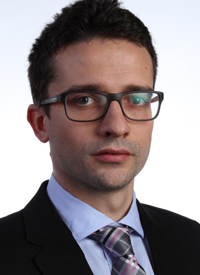 Matteo Lambertini, MD, medical oncologist and ESMO fellow at the Institut Jules Bordet in Brussels, Belgium, and his team found that women assigned to GnRHa had a 62% lower risk for developing premature ovarian insufficiency (POI) compared to those treated with chemotherapy alone. The POI rate was 14.1% in the GnRHa group versus 30.9% in the control group (odds ratio [OR], 0.38; 95% CI, 0.26-0.57; P <.001).

Lambertini discussed findings from a review of 5 clinical trials during a Thursday morning press conference at the 2017 San Antonio Breast Cancer Symposium. Temporary ovarian suppression with GnRHa during chemotherapy has the potential to preserve ovarian function and fertility in premenopausal breast cancer patients. However, the practice is controversial and is still considered experimental by ASCO and ESMO. He said this study provides important evidence on the efficacy and safety of this strategy in both estrogen receptor [ER]-negative and ER-positive women.

“Taking these results into account, we believe that this strategy should be considered the standard option to reduce the likelihood of developing chemotherapy-induced premature ovarian insufficiency, and potentially improve future fertility in premenopausal early breast cancer patients undergoing adjuvant or neoadjuvant chemotherapy,” he said.

He said later that these findings should put the controversy to rest.

Lambertini said those 57 pregnancies resulted in 50 live births. Because this was a meta-analysis, his research team did not know how many women in the cohort had hoped to become pregnant.

Temporary ovarian suppression with GnRHa during chemotherapy was mostly developed as a strategy to reduce the risk for developing treatment-induced POI, not as a fertility-preserving procedure. As a result, most trials exploring this strategy have a very short follow-up and do not report on post-treatment pregnancies. Randomized clinical trials investigating efficacy have produced conflicting results, and some had very small patient populations, making it difficult to draw solid conclusions based on the results of individual studies.

Moderator Carlos L. Arteaga, MD, director of the Harold C. Simmons Comprehensive Cancer Center at UT Southwestern Medical Center, noted that the difference in POI was real, but small. He asked Lambertini how he would counsel patients who eventually hope to have children about their risk, and which women are likely to have the best chance for success?

“GnRHa does not avoid the risk for early menopause in all patients but does decrease significantly the number of patients who develop this side effect,” Lambertini said. “The best candidates for this procedure, first, are patients concerned about developing early menopause, patients who are concerned about the side effects related to early menopause, [and] patients who . . . want to preserve ovarian function.”
Lambertini M, Moore HCF, Leonard RCF, et al. Pooled analysis of five randomized trials investigating temporary ovarian suppression with gonadotropin-releasing hormone analogs during chemotherapy as a strategy to preserve ovarian function and fertility in premenopausal early breast cancer patients. Presented at: the 2017 San Antonio Breast Cancer Symposium; Dec. 5-9, 2017. Abstract GSF-01. http://www.abstracts2view.com/sabcs/view.php?nu=SABCS17L_1141&terms=