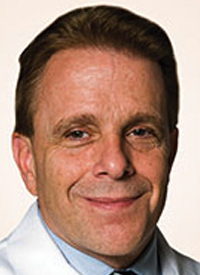 Additionally, 10-year estimates for recurrence-free interval (RFI) showed that PBI was statistically significantly inferior to WBI at a 1.6% difference. However, since the differences in both IBTR and RFI are relatively small, lead study author Frank Vicini, MD, said that accelerated PBI may still be an alternative option for patients undergoing breast-conserving surgery.

“Because the differences relative to both IBTR and RFI were very small, PBI may be an acceptable alternative to WBI for a proportion of women who are undergoing breast-conserving surgery,” said Vicini, principal investigator at the MHP Radiation Oncology Institute/21st Century Oncology in Pontiac, Michigan, in a press conference during the meeting. “Even though we weren’t able to demonstrate equivalence, it’s nice to see that even in this large population of patients, an extended follow-up, the differences are quite small.”

Standard breast-conserving surgery consists of lumpectomy plus 5 to 7 weeks of WBI, Vicini explained. Accelerated PBI targets and treats the tumor bed area rather than the entire breast, as is done with WBI. PBI also reduces radiation treatment time from the 3 to 6 weeks needed with WBI to just 5 to 8 days. This study is currently the largest clinical trial evaluating PBI.

“In an effort to improve quality of life of our patients, we studied whether or not we could reduce the overall treatment time significantly in these patients down to 1 week or less by doing a technique referred to as accelerated partial breast irradiation by limiting the radiation only to the lumpectomy cavity region and accelerating the treatment to 5 days or less,” Vicini explained.

In 2016, the American Society for Radiation Oncology issued an update to their guideline for APBI for patients with early-stage breast cancer, which included evidence that a greater number of patients can benefit from the accelerated therapy, and also provided direction for the use of intraoperative radiation therapy for PBI.

In the randomized, phase III NSABP B-39/RTOG 0413 trial, 4216 patients were randomized to receive either 5 to 6 weeks of WBI after adjuvant chemotherapy at 50 Gy (2.0 Gy/fraction) or 50.4 Gy (1.8 Gy/fraction) to the whole breast, followed by an optional boost to ≥60 Gy or receive PBI prior to adjuvant chemotherapy for 10 treatments given on 5 days over 5 to 10 days at 34 Gy in 3.4 Gy fractions via interstitial brachytherapy or 38.5 Gy in 3.85 Gy fractions via 3D conformal external beam radiotherapy.

The primary endpoint was IBTR, in both invasive and DCIS subgroups, as a first recurrence. Secondary endpoints included distant disease-free interval (DDFI), RFI—which was defined as the time from randomization to the development of first event either local, regional, or distant recurrence, regardless of any intervening contralateral or second breast cancer—and overall survival (OS). In order to declare accelerated PBI and WBI equivalent in terms of IBTR risk per a protocol-defined margin, the 90% confidence interval had to entirely lie between 0.667 and 1.5.

Based on the upper limit of the hazard ratio confidence interval, accelerated PBI did not meet the criteria for equivalence to WBI in controlling IBTR.