No Survival Benefit With Adjuvant Capecitabine in Early-Stage TNBC 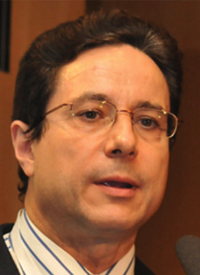 Adjuvant treatment with capecitabine in patients with early-stage triple-negative breast cancer (TNBC) did not significantly improve disease-free (DFS) or overall survival (OS) compared with observation, according to results from the phase III GEICAM/CIBOMA trial that were presented at the 2018 San Antonio Breast Cancer Symposium.1

Findings from the CREATE-X trial previously showed that the addition of adjuvant capecitabine following standard neoadjuvant chemotherapy containing anthracycline, taxane, or both was safe and effective in prolonging DFS and OS among patients with HER2-negative breast cancer who had residual invasive disease on pathological testing.2

In the randomized, phase III GEICAM/CIBOMA trial, 876 patients with early-stage TNBC that was estrogen receptor–, progesterone receptor–, and HER2-negative who underwent surgery and chemotherapy were randomized 1:1 to receive 8 cycles of oral capecitabine at 1000 mg/m2 twice daily for 14 days every 3 weeks (n = 448) or observation (n = 428).

Patients had stage T1c-3, N0-N3a, or M0 disease. To be eligible for enrollment, patients also had to have received standard neoadjuvant and adjuvant chemotherapy with anthracycline with or without taxanes, and underwent surgery with negative margins. Six cycles of chemotherapy were mandatory except for patients with N0 tumors.

Patients were stratified by institution, basal phenotype according to CK5/6 and/or EGFR staining, number of axillary lymph nodes (0 vs 1-3 vs ≥4), and prior chemotherapy with anthracycline versus anthracycline plus taxanes. The primary endpoint was DFS and OS, subgroup analyses, safety, and biomarkers.

Pathologic complete response (pCR) to neoadjuvant chemotherapy among arms was comparable (24.7% on capecitabine vs 25.3% on observation).