FDA Approval Sought for Tucatinib in HER2+ Breast Cancer 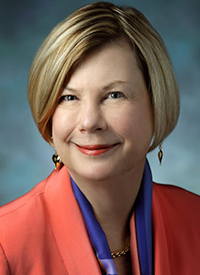 A pathologic complete response (pCR) to HER2-directed neoadjuvant therapy reduced the risk of recurrence in early HER2-positive breast cancer but did not eliminate it, supporting the common practice of continued anti-HER2 therapy, according to a pooled analysis of neoadjuvant trials presented at the San Antonio Breast Cancer Symposium.1

Overall, patients who achieved a pCR had a 67% lower risk of recurrence as compared with patients who did not have a pCR. The benefit held up irrespective of hormone receptor status, disease stage, or treatment modality. Still, recurrence rates after pCR ranged as high as 18.2% across the studies included in the analysis.

The analysis also showed that the benefits appeared greatest when the treatment included pertuzumab (Perjeta) and trastuzumab (Herceptin) in both the neoadjuvant and adjuvant settings, said Sandra M. Swain, MD, associate dean for Research Development and a professor of medicine at Georgetown University Medical Center in Washington.

“This is a pooled analysis, so it can’t really compare anything, but it suggests that giving pertuzumab is a good thing,” Swain told OncLive®. “If a patient were node positive at the beginning, I would definitely continue pertuzumab. The conundrum involves patients who are clinically node negative and have a pCR, and we don’t have the right answer. What I would do right now is to continue the pertuzumab.”

“What do you do after a patient has a pCR?” Swain asked. “Do you continue with pertuzumab and trastuzumab, do you just use trastuzumab, or do you give nothing? There’s really no answer, because the question hasn’t been addressed in a randomized trial.”

She and her colleagues set out to determine the risk of recurrence and death in patients with HER2-positive early breast cancer who achieved a pCR with neoadjuvant therapy. They also evaluated the impact on outcomes in the neoadjuvant and adjuvant settings based on the type of therapy used.

The primary objective of the analysis was event-free survival (EFS). Investigators defined pCR as the absence of residual invasive cancer in the resected breast specimen and in the axillary lymph nodes after neoadjuvant therapy (ypT0/Tis ypN0). They defined EFS as the time from randomization to disease recurrence or progression (local, regional, distant, or contralateral) or death from any cause.

Overall, pCR was associated with an EFS hazard ratio of 0.33 versus no pCR (95% CI 0.25-0.43). The magnitude of risk reduction varied among the different anti-HER2 therapeutic strategies.