Novel Combos Are Shaking Up the CLL Landscape
Related Videos

Novel Agents Under Investigation for AML

New Approaches Are Needed to Boost CAR Therapies in ALL 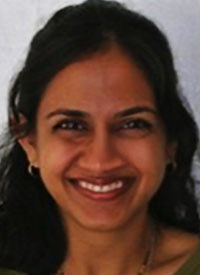 “We need to optimize combinatorial treatment strategies,” said Shah, head of the hematologic malignancies section of the Pediatric Oncology Branch at the National Cancer Institute (NCI) Center for Cancer Research. “We need to study the impact of sequential immunotherapeutic targeting strategies. We need to think about priming the leukemia to see if we can optimize the CAR T-cell response, and the role of consolidative HSCT [hematopoietic stem cell transplantation] needs to be more well defined.”

However, Shah noted that relapse rates range from 30% to 60% of pediatric and adult patients treated with CD19 CAR constructs, mostly as a result of the loss or downregulation of the target antigen.3 Moreover, even in patients with antigen-positive relapse, outcomes are poorer following second infusion.

NCI have found that anti-CD22 CAR-transduced T cells hold therapeutic promise for patients with B-cell precursor ALL. In preclinical results published in 2013, Shah and colleagues at the NCI concluded that CARs derived from the m971 anti-CD22 monoclonal antibody, which targets a proximal CD22 epitope, demonstrated superior antileukemic activity compared with those incorporating other binding domains.4

Investigators in a phase I trial assessed this novel CD22 CAR in 21 children and adults, including 17 previously treated with CD19-targeted immunotherapy. In findings published in 2018, the observed dose-dependent antileukemic activity with a CR rate was 73% in patients who received ≥1 × 106 CD22-CAR T cells/kg. The median duration of remission was 6 months.5

The NCI continued the study to explore the potential for using anti-CD22 CAR T-cells as a salvage therapy for pediatric and young adults with R/R CD22-expressing B-cell malignancies. Of 58 patients in the study, 88% received CD19-targeted therapy previously. Shah said that 70% percent of patients had CR.

The FDA granted the anti-CD22 therapy a breakthrough therapy designation based on these results in August 2019.6

Shah said that investigators exploring combinatorial approaches, such as constructs with dual targeting of CD19 and CD22, need to keep certain basic questions in mind.

“You can aim to target both [antigens], but are you truly getting dual efficacy? Are you effectively and efficiently targeting both antigens or is there preferential targeting?” she said. “Can you target patients with partial positivity, or do you need to have fully CD19-positive and CD22-positive disease and, if so, would you still have antigen negative escape? Finally, how do combinatorial approaches affect the transduction efficiency?”

There are limits to combinatorial approaches as well. Bulkier CARs could affect transduction and persistence and combining vectors can be expensive. Long term, physicians have to be able to look for dual antigen negativity. “You're really going to challenge your flow cytometry team to look for leukemia when the antigens are no longer present,” Shah added.

Furthermore, it is not clear how patients who have already received single-antigen targeting therapy would responded to combinations. “One of our biggest limitations is that patients who come to us who have received prior Kymriah, they are not responding to our CD19/22 CAR construct,” she said. “How do we bring this potentially more effective strategy forward to find the population to test this proof of concept?"

Finally, it is unclear how a combination would change the toxicity profile. Shah said it was unknown if the effect could be additive or the profile could simply shift.

However, early evidence suggests that combinational approaches are promising. Investigators at the NCI and Stanford University are currently conducting a phase I dose escalation study of anti-CD19/CD22 CAR T cells in children and young adults with R/R CD19/CD22-expressing B-cell malignancies. Shah said the NCI has treated 9 patients to date and observed “great responses” in CAR-naïve patients. The responses have not been as strong in patients previously treated with CAR T cells.

Early findings from other studies of CD19/CD22 combinations also show positive results. At the 2018 ASH Annual Meeting, Amrolia et reported findings from the AMELIA study of pediatric patients with R/R B-cell ALL treated with a retroviral vector encoding both an anti-CD19 and an anti-CD22 CAR. At 1 month, 6 of 8 patients had minimal residual disease (MRD)–negative CR, which translated into an objective response rate of 75% (95% CI, 34.9%-96.8%), and investigators observed no antigen loss.7

A team of Stanford investigators also reported results from the first clinical experience in pediatric patients with R/R B-cell ALL using bispecific CD19/CD22 CAR T cells at 2018 ASH. All 4 patients treated at the time of the report experienced CR and 3 demonstrated MRD remissions according to flow cytometry, according to the conference abstract.7