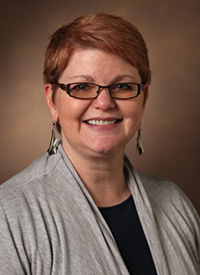 Checkpoint inhibitors and novel agents, such as erdafitinib (Balversa), enfortumab vedotin-ejfv (Padcev), and sacituzumab govitecan have shown encouraging single-agent activity in patients with advanced urothelial cancer, said Nancy B. Davis, MD. Now, the next steps are to evaluate these agents both in combination and in earlier lines of therapy.

In an interview during the 2019 OncLive® State of the Science Summit™ on Genitourinary Cancers, Davis, associate professor of medicine, Division of Hematology/Oncology, Vanderbilt-Ingram Cancer Center, discussed the excitement with targeted therapies as well as anticipated combination strategies under investigation in advanced urothelial cancer.

OncLive: Could you highlight some of the targeted therapies that have emerged in advanced urothelial cancer?

Davis: Erdafitinib is a targeted therapy that has been approved for use in patients with FGFR mutations. It's really an exciting time in urothelial cancer. We now have many options for patients and many trials are going to lead to even more of them.

Could you discuss the impact of erdafitinib’s approval on the treatment paradigm?

The agent is approved for use in a small population of patients. However, it’s very exciting for patients who have the [FGFR] mutation. The mutation tends to occur earlier in the development of disease. Currently, erdafitinib is approved in the second- or later-line setting for patients with this mutation. In ongoing studies, [investigators] are trying to move the agent up front. These patients don't tend to respond as well to platinum-based therapies or immunotherapy, so getting the right drug for the right patient in the right setting is very important. We're expanding the treatment armamentarium for [our patients with urothelial cancer], which hasn't happened in a long time.

Is there rationale to evaluate the agent in combination with immunotherapy?

I believe so. Studies are being designed and others are ongoing that are looking at combining erdafitinib with immunotherapy in earlier settings in this patient population.

How prevalent are FGFR mutations in patients with urothelial cancer?

Somewhere between 10% and 15% of patients [with urothelial cancer have FGFR mutations]. It's a select population, but as we know in ALK-positive lung cancer, [targeted agents] were groundbreaking and have led to better overall outcomes. I expect [FGFR inhibitors] to do the same in urothelial cancer.

Do you expect to see a rise in genetic testing as more targeted agents enter the space?

[I do]. We're currently [sending genetic testing] for every patient with metastatic disease. It probably needs to be done earlier for patients with muscle-invasive disease as we learn more about these drugs. In oncology, we always [test agents in the] metastatic setting [and evaluate them in the] first-line setting. In urothelial cancer, the next question will be whether [erdafitinib] [is effective] in the frontline setting, and if so, whether it will work in the neoadjuvant setting.

Could enfortumab vedotin be the next targeted therapy to receive approval in urothelial cancer?