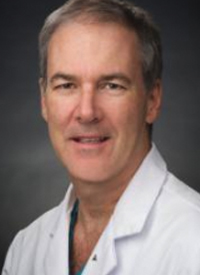 Despite practice-changing advancements with immunotherapy and targeted therapy in the treatment of patients with lung cancer, the importance of surgery remains rigid for now, said Eric Vallieres, MD.

In the past few years, thoracic surgery has become more minimally invasive with the use of video-assisted thoracic surgery (VATS) and, more recently, robotics. Smaller incisions and a more visualized scope of the operation site have allowed for patients to return to a normal quality of life (QoL) in dramatically less time.

Vallieres, medical director of the Division of Thoracic Surgery of Swedish Medical Center, explained that in the future, the efficacy of surgery may be enhanced when used in partnership with immunotherapy. For example, ongoing research is looking to determine if adjuvant immunotherapy will have the same impact after the lymph nodes have been removed.

Secondly, in a small phase II trial, investigators evaluated the use of neoadjuvant nivolumab (Opdivo) in patients with untreated, surgically resectable early (stage I, II, or IIIA) NSCLC. Neoadjuvant nivolumab demonstrated an acceptable toxicity profile and had not been associated with delays in surgery. Twenty of the 21 tumors were completely resected, and a major pathological response occurred in 9 of the 20 resected tumors (45%). Although the results are promising, the data are preliminary and follow-up is ongoing.

“For me, as a surgical oncologist, the biggest excitement is how we are going to incorporate immunotherapy into treating our patients,” said Vallieres. “In terms of patients who need fairly large surgeries, can we give them those drugs and then tailor their surgeries down?”

In an interview with OncLive during the 16th Annual Winter Lung Cancer ConferenceTM, Vallieres highlighted the technological advances of lung cancer surgery and how this impacts the outlook for patients who are candidates for it.

OncLive: What are some recent technological advances made in thoracic surgery?

Vallieres: First, there is the notion of advanced recovery after surgery. We have data showing that strict application of those programs can result in better care, better results, faster recovery, and less need for narcotics; overall, it is also less expensive. In terms of incisions, the minimally invasive surgical approach has gone from VATS to robotics, which is evolving in its own sphere. There are several different ways of getting there. There is also the idea of operating after immunotherapy; there are little data here on this, but it is out there. Operating after failed radiation therapy is something that we are also seeing more often. The topic of performing surgery in stage IV oligometastatic disease is also something being explored.

Could you expand on the postoperative recovery period and QoL outcomes?

We have really moved the pendulum in a favorable way in that patients are staying in the hospital for a shorter period than they used to. The way we manage their pain perioperatively and the minimally invasive approaches allow for less surgical trauma in the chest wall. By itself that translates to early recovery, which is easier. Even for open surgery, the way we do it in 2019 is not the way that I was taught 25 years ago. As such, even those patients recover much quicker and better.

This all translates into their ability to be active earlier in the postoperative period, to be ambulating earlier, to be going back to a fairly decent QoL very early after surgery. Now, 2 to 4 weeks after surgery patients are back at baseline and off all pain medication; that is whether we do it on a minimally invasive platform or open. This is a tremendous advancement.

Does the advancement with other types of treatment, such as immunotherapy, affect the role of surgery?