Expert Highlights Luspatercept Benefit as Treatment of Anemia in Myelofibrosis

Dr. Gerds on Luspatercept to Treat Anemia in Myelofibrosis

Dr. Mesa on the Safety Profiles of JAK Inhibitors in Myelofibrosis

Dr. Jain on Challenges With Allogeneic Transplant in Myelofibrosis
Milestones In Medicine > History & Evolving Role of Interferon in Myeloproliferative Neoplasms > 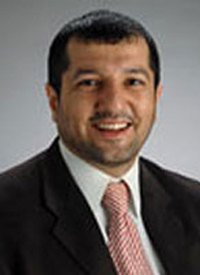 , Yacoub, associate professor of medicine at the University of Kansas Medical Center, discussed the development of interferon and its current role in the management of patients with MPNs.

OncLive: How long has interferon been part of the MPN treatment paradigm?

Yacoub: MPNs are rare blood cancers that were described many decades ago. Many therapeutic interventions have been planned and evaluated over the years. Interferon is one of the earlier therapies that we've had for this indication. Over the past 50 years, we have been using interferon with variable success. There has been a lot of progress since [it was first introduced to the landscape].

Initially, the biological version of the molecule was very similar to the natural interferon molecule; that resulted in significant anticancer activity but also significant adverse events (AEs). Over the years, we were able to fine-tune the treatment. We were also able to develop new molecules that continue to have the same activity with a much better side effect profile. Pegylated interferon is a lot more convenient, safer, and is better tolerated.

Could you elaborate on the different generations of the drug?

The older versions of interferon were short-acting and required dosing on a daily basis or every other day; that resulted in significant AEs due to the fluctuation in interferon levels in the body. [Interferon] often had to be discontinued because of AEs, so patients were not able to stay on them for a long time. The more recent products that have been available for the last 20 years have been chemically modified to allow [the treatment] to function for a longer duration of time. Patients who had significant AEs [with older generations] were able to stay on the interferon for a longer period of time and had better long-term tolerance and results [with the recent products].
... to read the full story
To Read the Full Story
REGISTER
LOG IN