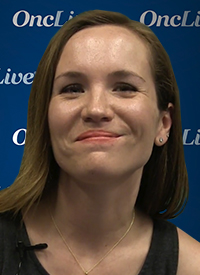 The presence of Lynch syndrome (LS) correlates with microsatellite-instability (MSI) status and DNA mismatch-repair deficiency (dMMR) across a variety of tumor types, according to a prospective study of 15,045 tumor samples that were analyzed with MSK-IMPACT next-generation sequencing and MSI testing. Tumors with MSI-high (MSI-H) and MSI-indeterminate (MSI-I) scores were most commonly associated with small bowel, endometrial, colorectal, and gastric cancers, according to the findings. A high proportion of MSI-H and MSI-I tumors exhibited dMMR signatures. The results also suggest that LS-associated cancers may be more heterogeneous than previously thought.

For the study, investigators employed the multiplex panel test MSK-IMPACT, which was authorized for tumor profiling by the FDA last year. The multiplex panel incorporates MSI assessment using a bioinformatics tool called an MSI sensor. The tool generates a report that designates a score of ≥10 as MSI-H, a score between 3 and 10 as MSI-I, and scores <3 as microsatellite stable (MSS).

Lead author Alicia Latham Schwark, MD, a medical genetics fellow at Memorial Sloan Kettering Cancer Center in New York, New York, and colleagues demonstrated that among the noncolorectal/nonendometrial tumor samples, which spanned more than 50 cancer types, 50% of patients (33/66) with LS had either MSI-H or MSI-I tumors that were not previously associated with the syndrome. Findings were reported during the 2018 American Society of Clinical Oncology Annual Meeting, held June 1-5 in Chicago, Illinois.

The presence of MSI indicates a defect in the DNA mismatch repair system. It has been established that this finding is characteristic of LS-associated cancers, primarily colorectal and endometrial. Testing for MSI is routinely performed in all colorectal and endometrial cancers as an initial screening for LS. However, the prevalence of LS in other cancers has not been documented.